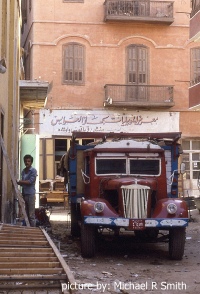 Algeria (the People's Democratic Republic of Algeria) borders Tunisia and Libya (east), Morocco and Western Sahara (west) and Mauritania, Mali and Niger (south). The Mediterranean Sea is on the north coast.

Algeria was inhabited for thousands of years by people who evolved into the Berbers. Carthaginians established settlements along the coast but Berber kingdoms took control from 238 BC until 24 AD when the region was annexed to Rome. Arabs colonised in the 7th century and the Berbers took on an Arab identity.

In 1505 Spain began to establish settlements but by 1516 the Ottomans were dominant. Barbary pirates operated from Algiers, raiding Europe for slaves. As a result the Anglo-Dutch initiated wars before France invaded in 1830, destroying the culture and encouraging immigration in order to subjugate the locals.

The Algerian War began in 1954 when Berbers began fighting for independence. After atrocities by both sides, the country gained independence in 1962. Most French colonists left, the country industrialised and the oil industry was nationalised.

A civil war broke out in 1992 when Islamists were expected to win an election but by 2002 reconciliation began and reforms stabilised the country. Oil and gas drive the economy. Large volumes of Algerian gas are supplied to Europe.

Algeria is the largest country in Africa, in the Arab world, and in the Mediterranean Basin with mountains in the north and southeast and flat lands in the southwest. The southern region includes a significant part of the Sahara desert.

In the north the Tell Atlas and the Saharan Atlas Mountains run west-east between which are plains and highlands. The Ranges merge in the east with most of the coastal area being hilly. The Ahaggar (Hoggar) Mountains lie in the southeast where the highest point in Algeria is Mount Tahat at 3,003m.

The country began producing oil in the Atlas Mountains in 1904 but oil and gas production now mainly comes from the inland Ghadames and Illizi basins in the east, particularly the giant Hassi Messaoud oil field (onstream in 1959) and the Hassi R’Mel gas field (onstream in 1961).

The Timimoun Basin in central Algeria is also a gas producing region. Algeria is a significant natural gas liquid producer which is extracted from its huge gas resources.

Globalshift has seen output capacity increase, helped by the return of foreign companies in the early 1990s, developing and redeveloping oil fields. With Sonatrach they are expanding gas capacity by installing infrastructure in remote regions where fields lie dormant. Large volumes of gas are exported to Europe.

As a member of OPEC it restricted oil output during the late 1980s. However, since 1995, the country has had only limited spare oil capacity. 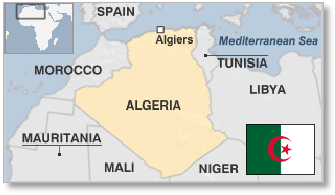 Algeria is an authoritarian regime run by the President and a group of unelected civilian and military leaders rather than the elected members. The head of state is the president elected for a 5-year term.

Parliament is bicameral. The lower house, the People's National Assembly, has 462 elected members. The upper house, the Council of the Nation, has 144 appointed members.

The oil and gas industry is overseen by the Ministry of Energy and Mining.

Sonatrach, the national oil company and the largest company in Africa, was formed in 1963 to exploit hydrocarbon resources of the country. It operates the largest oil and gas fields after gaining control of all Algerian resources after nationalisation of French interests in 1971.

Algeria has been a member of OPEC since 1969.