Colombia (the Republic of Colombia) is bordered by Panama (west), Venezuela and Brazil (east), and Ecuador and Peru (south). Its coastline abuts both the Pacific Ocean and the Caribbean Sea.

The region was inhabited from 10,500 BC by nomads, evolving into several tribes. The Incas expanded into the SW before the Spanish arrived in 1499, establishing a settlement in 1510. Expansion led to New Granada in 1547, part of the Viceroyalty of Peru.

The population increased, with farms and mines worked by slaves, and in 1739 the Viceroyalty of New Granada was established, including Venezuela, Ecuador and Panama with Colombia. In 1811 an independent United Provinces of New Granada was then proclaimed. Although at first defeated by Spain, by 1822 Gran Colombia had again united Colombia, Venezuela, Ecuador and Panama.

After 1830 Ecuador and Venezuela separated and, with Panama, New Granada was established, called Colombia in 1886. Panama left in 1903. In the 20th century stability was marred by war with Peru in 1932, internal tensions and armed conflict with guerrilla groups in rural areas fuelled by drug money.

The Andes dominates the country, divided into 3 ranges; the Cordillera Occidental along the coast; the Cordillera Central between the Cauca and Magdalena River valleys; and the Cordillera Oriental, extending north east to the Guajira Peninsula. Peaks rise to 5,000m in the Corillera Central. East of the Andes is the savanna of the Llanos, part of the Orinoco River basin and in the far south east is the Amazon rainforest.

Colombian oil production primarily comes from the Magdalena Valley north of Bogota and from the Llanos and Putumayo basins in the eastern Andean foothills. Output reached a peak in 1999 before declining sharply. However, there has been a significant recovery as new heavy oil developments have proceeded. Fields in the Andes are complex but there probably remain many further heavy oil accumulations.

Gas production is widespread onshore, usually with condensates, and there is an offshore non-associated gas field near the Guajira Peninsula close to Venezuela. Onshore gas output is forecast by Globalshift to increase as the country focuses on its gas resources to meet rising demand. Apart from liquids associated with gas there is no offshore oil production and little chance for discoveries.

Electricity production in Colombia is mainly hydroelectric and the country is committed to renewable energy. 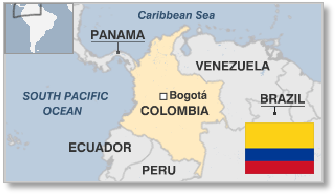 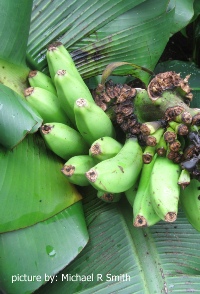 Colombia is a presidential democratic republic.

The President, elected by popular vote to serve a 4-year term, is head of state and head of government, followed by the Vice President and the Council of Ministers.

The legislative branch of government is represented by the bicamerla Congress comprising a 166-member Chamber of Representatives and a 102-member Senate.

Ecopetrol is the state-owned oil company. It began operating in 1921 (as the Tropical Oil Company) and in 1951 was acquired by the Colombian State linked to the Ministry of Mines and Energy.

In 2003 it was restructured to make it more competitive and the ANH (Agencia Nacional de Hidrocarburos) was created to separately perform government administration of the industry.