Oil and Gas in Shales - were first discovered in naturally fractured Kimmeridgian shale beds in the Netherfield-1 stratigraphic well in 1875 within the Weald Basin in the English county of Sussex. Over the years since 1919 some oil has been produced from similar beds in England in other locations in addition to that produced from conventional reservoirs.

However, it was not until 1987 that dedicated research into the shale gas potential of the Lower Carboniferous in the English Midlands was conducted, followed by similar work in 2005 on Jurassic oil and gas shales of the Weald Basin.

Growth of the USA shale gas industry during the 2000s using artificial fracturing led to the 13th Round of UK Onshore Licensing which released blocks in both regions for shale exploration.

Early attempts at fracturing carried out on the Bowland Shales in Lancashire ceased in 2011 following a minor earth tremor associated with a nearby well. Subsequent reports by the Royal Society and Academy of Engineering in 2012 determined that, with proper constraints, fracturing is safe.

A 14th Onshore Round in 2015 saw the remaining blocks licensed and permission was also given for fracturing of a well at the producing Kirby Misperton gas field in 2016 although this has not been carried out. Significant natural flows of oil were also achieved from fractured limestones within the Kimmeridge at the Horse Hill well in the Weald.

Despite this, environmental opposition to drilling and fracturing is intense and the challenge for the oil industry isl to persuade the public that activities are safe. Until this happens a proper estimate of potential resources in the UK can not be determined as many drilling tests are required. 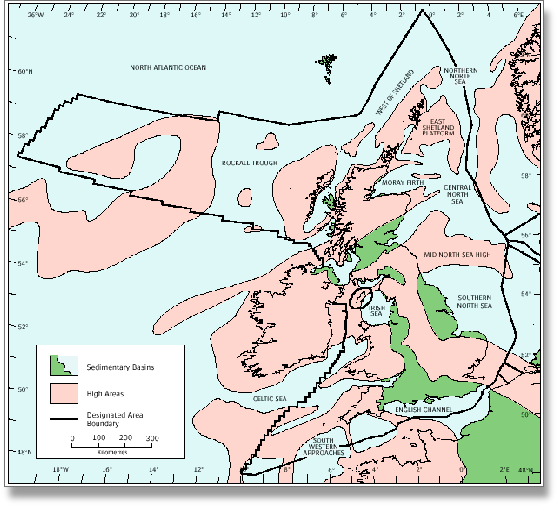