In NW Australia Pluto was discovered in 2005 and started production in April 2012 with a 4.3 mmtpa train located on the Burrup Peninsula. It processes gas from the offshore Pluto and Xena fields and will eventually take gas from the Greater Scarborough fields (Thebe, Jupiter and Scarborough).

Gorgon is one of the world’s largest LNG developments. It takes gas from the Gorgon and Janscz-Io fields. Located on Barrow Island it includes an LNG facility with 3 processing trains designed to deliver a total of 15.6 mmtpa of LNG plus domestic gas. It achieved first gas in March 2016. Phase 2 includes expansion of the gas gathering network, which already ties into 20 subsea structures, and new wells.

Wheatstone, located near Onslow, achieved first production in October 2017 and processes gas from the offshore Wheatstone and Iago fields. Capacity is 8.9 mmtpa. Ichthys in the Browse Basin is planned to produce 8.9 mmtpa and over 100,000 bbls per day of condensate. It started production in July 2018 through an offshore central processing facility, an FPSO and an onshore processing site near Darwin. Also in the Browse Basin the Prelude FLNG started production in December 2018.

In Queensland the Curtis project (QCLNG) produces LNG through a 2-train plant on Curtis Island, and also gas for domestic production, from over 2,600 onshore wells in the Surat Basin. It includes CBM gas which was  first marketed in 2014.

The Queensland Gladstone project (GLNG) taps resources in the Surat and Bowen Basins into a 2-train LNG plant also on Curtis Island. First production was in September 2015. Finally Australia Pacific LNG (APLNG) shipped its first cargo in January 2016. It has 2 trains with a total capacity of 9 mmtpa. Projects 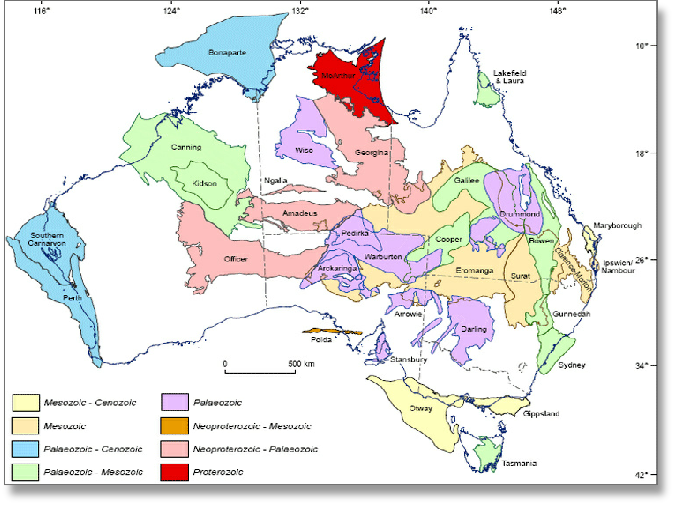