Sep 2021: Eni (operator, 90%) and Petroci Holding (10%) announced a light oil discovery in Block CI-101 in 1,200 meters of water. The Baleine-1x well discovered oil in two intervals of Santonian and Cenomanian/Albian age. The structure extends into Block CI-802 and Eni will start studies for a fast-track development. The last hydrocarbon discovery in the country was in 2001.

Aug 2021: PGS, with PetroCi and Direction Générale des Hydrocarbures, completed Phase 2 of the offshore MegaSurvey adding 9,897 sq kms of 3D and 24,632 kms of 2D seismic over the western Tano basin. It is along-strike to Eni’s Eban-1X near-field discovery which found light oil in an 80m section of Cenomanian sandstones.

May 2019: The Government has awarded 4 offshore oil and gas blocks. Total will operate Blocks CI-705 and CI-706 and ENI will operate CI-501 and CI-504 with investment of US$90mm from Total and US$95mm from ENI during the exploration period.

April 2019: PGS’s offshore MegaSurvey is now available to assess the prospectivity of western open blocks. The survey covers an area over 23,000 sq kms encompassing shelf to deep waters from the most westerly open block (CI-700) to productive areas around CI-205.

Mar 2019: The country will conclude the licensing of 6 blocks by June 2019 and is now in talks with Total and ENI. There are 48 demarcated oil blocks of which 4 are in production and 24 under exploration. The government would also like to increase participation of local companies.

Oct 2017: A new licensing round will offer 22 blocks (21 offshore) for exploration. There is no time limit but the government wish to carry it out quickly and efficiently, negotiating with interested parties directly unless several express interest in a block, triggering a bidding process.

Oct 2017: Tullow has acquired 90% stakes in 4 onshore blocks with Petroci holding the remaining 10%. The blocks (CI 518, CI519, CI301 and CI302) lie on the coast mostly to the west of Abidjan. The blocks have multiple oil seeps and past production from the Eboinda Oil Sands.

Mar 2017: Eni (90%, operator) has obtained an interest in 2 new exploration blocks. The deep offshore blocks, CI-101 and CI-205, are in the east of the Tano basin, where Eni already operates. Petroci holds the remaining 10%.

Nov 2016: Ivory Coast LNG led by Total has been awarded the rights to build and operate a floating LNG re-gasification terminal with a capacity of 3 mmtpa off Abidjan. The terminal is expected to become operational by mid 2018.

Sep 2016: RAK announced completion of a 4-year, US$850 mm development of the Marlin and Manta gas fields by Foxtrot (operator, 24%) in Block CI-27.  A platform has been installed in 110m of water and 1 exploration and 7 production wells have been drilled. The first platform has operated since 1999 from the Foxtrot and Mahi fields. Partners are Petroci (40%), SECI (24%) and ENERCI (12%).

May 2016: Anadarko (operator, 65%) has discovered oil at its horizontal deepwater appraisal well, Paon-5A, in block CI-103. It plans to drill the Paon-3AR sidetrack well in Q2 2016 followed by a testing program. Anadarko made the Paon discovery in 2012 in an Upper Cretaceous fan system. The Pelican (CI-527) and Rossignol (CI-528) exploration wells are planned for drilling after Paon.

Mar 2015: The Marlin North-1 well in 65m of water on Block CI-27 flowed gas and oil. Foxtrot International is operator (27.5%) with RAK, Petroci and SECI. Development of the Marlin oil and gas and Manta gas field is also on track with development wells commencing in July. The first platform on the block has been in operation since 1999 tied to the Foxtrot and Mahi fields.

Dec 2014: Vioco Petroleum has signed an Exclusive Exploitation Authorisation (EEA) covering the offshore Gazelle field in Block CI-202 following approval of the Field Development Plan by Petroci; the state oil company. First gas is anticipated in the second half of 2016.

Oct 2014: Investors will be sought for offshore blocks including 7 ultra deep water blocks between 3,000 and 4,000 metres and several between 50 and 1,000 m. The oil ministry signed 18 PSCs in 18 months in 2012 and 2013. Companies currently exploring include Anadarko, Tullow, Total, Lukoil, CNR, Afren, Africa Petroleum and Taleveras.

Apr 2013: Total has announced that the Ivoire-1X exploration well, in the west of Block CI-100 in 2,280m of water, encountered 28m of net light oil pay in Cretaceous reservoirs. Ivoire-1X is the first well drilled on the block. Total is operator with 60% along with Yam’s Petroleum (25%) and Petroci Holding (15%).

Jan 2013: Cote D’Ivoire hopes to raise oil output to 200,000 bbls per day in 5 years from 32,000 in 2012. Exploration has risen since Ghana discovered the Jubilee field in 2007. Vanco found oil on Block CI-401 in Dec 2012, 6 months after Tullow struck oil on Block CI-103. (Globalshift notes: 200,000 bbls per day in 5 years seems ambitious but is achievable over a longer period). Output has fallen due to technical problems and low levels of investment during the political turmoil that ended in a 2011 civil war. The country has signed 14 PSCs since the end of the war and 3 deals for gas fields. 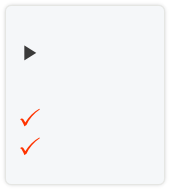