In 2010 Cyprus and Israel demarcated the maritime border and Noble discovered the Leviathan gas field in Israel near the Cyprus border. Noble commence drilling in Block 12 in 2011 whilst Turkish Cypriot authorities also granted an exploration licence to the Turkish Petroleum Corporation (TPAO) to explore around the island. Noble Energy announced discovery of the Aphrodite gas field in Block 12 in December 2011, 30 kms northwest of the Leviathan field.

ENI commenced drilling at the Onasagoras well  in 2014 and the Amathusa well in 2015 both in Block 9. Both were dry and Total relinquished its Block 10 without drilling any wells. However the Block 12 partners declare the Aphrodite gas field commercial, now including BG Group.

ENI then announced discovery of the Zohr gas field in Egypt, the largest in the Mediterranean. Zohr lies just 6 kilometres from Block 11 and concessions are then renewed for offshore blocks 2, 3, 9 and 11. 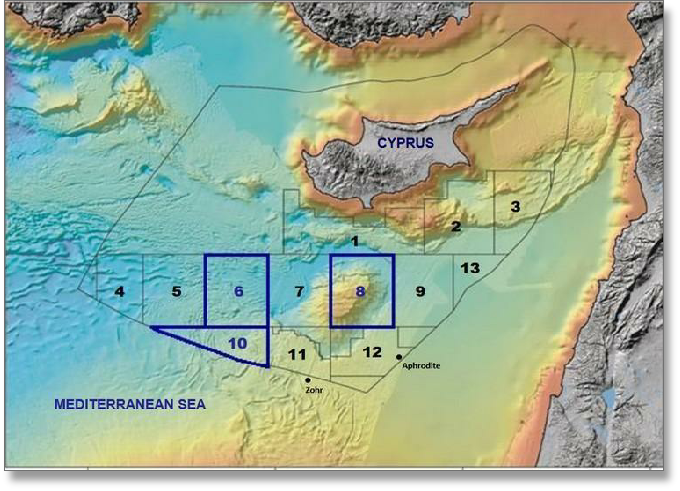