Sep 2021: Rockhopper has responded to the announcement by Harbour Energy (formerly Premier) on its decision to leave the Sea Lion project which was discovered and appraised by Rockhopper in the North Falkland Basin. It is in discussions with Navitas Petroleum concerning entry to the project and remains committed to development.

Mar 2021: Rockhopper announced that the Falkland Islands Government (FIG) agreed to extend the North Falkland Basin Petroleum Licences, including the Sea Lion Discovery Area, until November 2022, with no additional commitments. They were due to expire in May 2021.

Oct 2020: Borders & Southern Petroleum (100%) has been granted an extension to Production Licences, PL018, PL019 and PL020 due to expire on 31 October this year. The new expiry date will be 31 January 2022 with no additional work programme commitment.

Mar 2020: Rockhopper and Premier signed a Heads of Terms with Navitas Petroleum in January to farm out 30% of the Sea Lion project. Despite low oil prices all parties remain committed to finalisation.

Aug 2019: Premier (operator, 60%) is looking for a farm-out partner to part fund the development of Phase 1 of the 250 mmbbl Sea Lion project. Rockhopper (40%) is its current partner. Sea Lion lies in PL032and will use an FPSO. Capex is estimated at US$1.8bn.

Oct 2018: Noble (operator, 75%) and Edison (25%) will relinquish stakes in the PL001 offshore license in the North Falkland basin.  Argos Resources had held a 100% in the block before the two companies’ farmed-in in 2015. It retained an overriding royalty of 5% of revenues. The commitment well will not be drilled by Noble and Argos will apply for reassignment and look for a new partner.

Sep 2018: Negotiations continue with service providers for the Sea Lion field development in the North Falkland basin. Phase 1 will develop 220 mm bbls in license PL032 and a further 300 mm bbls under Phase 2. Phase 3 will focus on the Isobel/Elaine fan complex in the south of PL004 after appraisal drilling. An FPSO with 23 subsea wells, at a cost to first oil of US$1.5 bn, is planned.

Jan 2018: Rockhopper now expects that the final investment decision for the $1.5 billion Sea Lion field development will be made by the end of 2018. The offshore field was discovered in 2010 and is operated by Premier Oil.

Sep 2016: The UK and Argentina agreed to improve relations; the first such statement since 1999 committing to work together on issues affecting the South Atlantic. This includes removing restrictive measures around the oil and gas industry.

May 2016: Rockhopper confirmed potential oil resources at the Sea Lion complex of 517 mmbbls, higher than expected. The 2010 Sea Lion oil discovery was the first off the Falklands but no discovery has yet been commercially productive.

Feb 2016: Premier and Noble have issued a termination notice for the Eirik Raude rig and will no longer be drilling the Chatham exploration well. It will be deferred until the Sea Lion pre-development drilling campaign.

Nov 2015: Rockhopper and Falkland Oil and Gas (FOGL) are to merge, enhancing their capacity to progress the Sea Lion project operated by Premier. FOGL estimates that license PL004b contains potential reserves of 256 mm bbls of oil that could be be developed as part of the greater Sea Lion area but the company is currently stretched for capital.

May 2015: Premier announced an oil discovery at the Isobel Deep well (14/20-1) in the North Falkland Basin south of Sea Lion in PL004. Operations have been suspended for the rig to drill in the South Falkland Basin. Premier is now planning appraisal for the Elaine/Isobel complex.

Apr 2015: Premier (operator, 36%) announced that the Zebedee well (14/15b-5) in PL004b south of the Sea Lion field discovered oil and gas. It will be plugged and abandoned as a successful exploration well and the Eirik Raude rig will then drill the Isobel Deep well to test the Elaine/Isobel fan complex in the southern part of the North Falkland Basin.

Feb 2015: Premier Oil confirms it is reviewing development plans at the Sea Lion field to reduce capital costs. A smaller initial development with a single subsea drill centre in the NE part of the field is being considered with oil flowing into a leased FPSO. Recovery from the smaller project is estimated at 160 mm bbls over 15 years.

Jan 2015: Rockhopper Exploration announced that the drilling rig Eirik Raude has begun its mobilisation to the North Falkland Basin to commence the 6-well 2015 drilling campaign. Rockhopper will participate in drilling the Zebedee, Isobel Deep, Jayne East, Chatham and Rhea prospects in the North Falkland Basin. The Humpback well will be drilled in the Southern Basin after Isobel Deep.

Nov 2014: A phased, lower cost development is planned for the Sea Lion field in PL032 in the North Falkland Basin. The initial phase will commercialise 160mm bbls of oil using a leased FPSO targeting a production plateau of 55,000 barrels per day with costs at US$2 bn. First oil is expected in 2019. Premier is operator in partnership with Rockhopper.

Oct 2014: Noble (operator, 35%) will resume exploration drilling in 2015 following the acquisition of a 3D seismic program. Its first prospect is called Humpback in the Fitzroy sub-basin of the Southern Area License.

Jul 2014: Rockhopper (40%) has confirmed that Premier (60%), operator of the Sea Lion field in the North Falkland Basin has awarded the Tension Leg Platform (TLP) FEED contract to AMEC. A rig will also undertake a new exploration drilling campaign in the basin in 2015.

Jun 2014: In 2012 Borders & Southern made the Darwin East gas condensate discovery with its first well in the southern basin. An initial scoping facilities study proposed an FPSO, stripping out the liquids and re-injecting the gas back into the reservoir. A new base case estimate of recoverable condensate estimates 263 mm bbls dependent on successful appraisal wells.

May 2014: Ocean Rig has received a contract for its Eirik Raude semisub. It will be used by Noble Energy and Premier in 2015. Premier’s campaign is planned to start in Q2 2015 and will comprise 4 wells; 3 on PL004 and one on PL032. Noble has completed a seismic survey over its licences and drilling is scheduled for early 2015.

Jan 2014: Premier has completed concept selection for the Sea Lion field with it partner, Rockhopper, recommending a Tension Leg Platform. The Final Investment Decision will be taken in the first half of 2015 with first oil due 4 years after project sanction. Sea Lion is expected to reach a plateau rate of around 80,000 bbls per day.

Dec 2013: In 2013 companies focused on two 3D seismic surveys in the South Falkland Basin and starting a third. During 2014 development of the Sea Lion discovery in PL032 in the North Falkland Basin will be planned operated by Premier Oil (60%) with Rockhopper (40%). Falkland Oil and Gas (FOGL) and Desire Petroleum merged. Sea Lion extends south into PL04b license (FOGL; 40%, Rockhopper; 24%, Premier; 36%) Two exploration wells are planned in PL004a and PL004c (same partners) by late 2014.

Dec 2012: Rockhopper is fully financed for the Sea Lion development and for a 3 well exploration campaign in 2014. Premier Oil has acquired 60% of Rockhopper’s acreage in the north Falkland basin and assumed operatorship with Rockhopper retaining the subsurface lead role. FEED design for the Sea Lion field will begin with a view to submit the development plan in 2014.

Sep 2012: Falklands Oil and Gas (FOGL) announced that the Loligo well (42/07-01), in the north of the East Falkland basin, is a gas discovery. FOGL is the operator (75%) with Edison (25%). Evaluation of the well data, together with existing seismic data, is required to define reservoir distribution. The next well will be on the Scotia Prospect followed by 3D seismic surveys and further drilling in 2014. 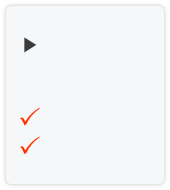