The Korean Peninsula forms part of the southern edge of the North China Craton (Amurian Plate) which also underlies Manchuria, Western Japan and the Russian Province of Primorsky Krai. The Amurian Plate is moving southeastwards with respect to the Eurasian Plate, colliding with the Philippine Sea Plate in the south.

Since the Korean peninsula lies distant from the margin, it is largely comprised of basement metamorphic rocks and volcanics and has no onshore petroleum potential in South Korea. However, the onshore basement is flanked by the Yellow Sea, the East Sea (Sea of Japan), and the South Sea where extensive continental shelf intra-cratonic basins opened along the western and eastern coastal plain.

In South Korea these are the Ulleung Basin (east), the Jeju Basin (south) and the Yellow Sea Basin (west). All contain sequences of Mesozoic and Cenozoic sediments.

The Ulleung Basin - is located in the East Sea between South Korea and Japan. It has 10 kms of clastic sediments deposited along its southwestern margin. Here the Donghae-1 gas field was discovered in 1997 containing late Miocene shallow marine sandstone reservoirs sealed with silty shales.

The Yellow Sea Basin - the eastern part lies in South Korea with the remainder in China. It includes a number of sub-basins but none have yielded commercial hydrocarbons.

The Jeju Basin - is a Cenozoic basin between South Korea, Japan, and China. The basin is defined by a series of NE-SW trending half-grabens. Basement highs separate two significant sub-basins, Socotra on the southwest and Domi on the east. The southern boundary of the Jeju Basin runs into a Joint Development Zone (JDZ) between Korea and Japan. Again no discoveries have been made in the area.

International oil companies began exploring for oil and gas in shallow offshore waters in the 1960s, later followed by Korean groups. In 1971 the Ulleung Basin was divided into 2 blocks (Block 6-1 in the south, Block 8 in the north).

Block 6-1 was first explored by Shell. The company acquired 5,193 kms of 2D seismic data before drilling the first exploration well, encountering only gas shows. KNOC took over Block 6-1 in 1983, collected significant amounts of seismic data, and drilled 22 wells and made one commercial discovery (Donghae-1) in 1997.

The Jeju Basin was divided into Blocks 4, 5 in the south and 6-2 to the northeast. The Socotra subbasin spans the southern part of Block 4 and the Domi basin lies in Block 6-2. International oil companies, including Gulf, Texaco and Shell, began exploration in these blocks in the 1960s.

The Joint Development Zone (JDZ) has been less explored. In 2002, KNOC obtained 19,571 kms of seismic data and 563 sq kms of 3D seismic data and drilled 7 wells, of which 3 had oil and gas shows. KNOC and several oil companies from Japan conducted a joint study of the JDZ area from 2004 to 2009 in an attempt to locate analogies to nearby discoveries in Chinese waters.

From 1980 to 2014 KNOC had acquired over 100,000 kms of 2D seismic data and nearly 5,000 sq kms of 3D seismic data and drilled around 50 exploratory wells. However it was only in 1997 when KNOC drilled the Gorae-5 prospect in the middle of Block 6-1 in the East Sea and discovered a gas and condensate field, naming it Donghae-1.

Donghae-1 lies 60 kms from Ulsan in the southern region and was the country`s first and only commercial development. A feasibility study was conducted after the discovery with 3 appraisal wells and development began in 2001. Facilities consist of a subsea production control system with 4 subsea wells, an offshore platform, topside facilities, an export pipeline, and onshore processing facilities.

A gas pipeline runs 68 kms from the offshore platform to onshore facilities and the field came onstream in 2004. The gas is used domestically in power plants and in industry although daily production only represented about 2% of the country’s total consumption of gas.

Since 2005 KNOC has developed 3 additional pools around the field and in 2014 it started to explore the Donghae-2 gas project, 5.4 kms away from Donghae-1. It drilled one production well (DH 2-1P) in 2015 however, the whole field is due to cease production in 2018 with the reservoir converted to storage.

After the discovery of South Korea’s only commercial field, exploration by Woodside Energy and KNOC was expanded into deeper waters of the continental slope. They acquired 5,107 kms and drilled an exploration well (Jujak-1) in 2012. In 2014, 504 sq kms of 3D seismic was acquired and one further exploration well was drilled (Hongge-1) without any success.

Elsewhere a large part of the continental shelf has not yet been explored and there are a number of available blocks over the 3 offshore basins.

Production of gas and condensate in South Korea peaked in 2012 and the country is unlikely to return to these modest levels again as no new fields have been located. Some new output may materialise from the Ulleung Basin in the 2020s as exploration proceeds in surrounding areas but Globalshift forecasts that no substantial gas, condensate or oil fields will be discovered over the short or medium term.

In the Yellow Sea Basin  KNOC and CNOOC are sharing data to better understand the history and potential. In the Jeju Basin a similar arrangement continues with Japan. However, no commercial discoveries are forecast for either area. 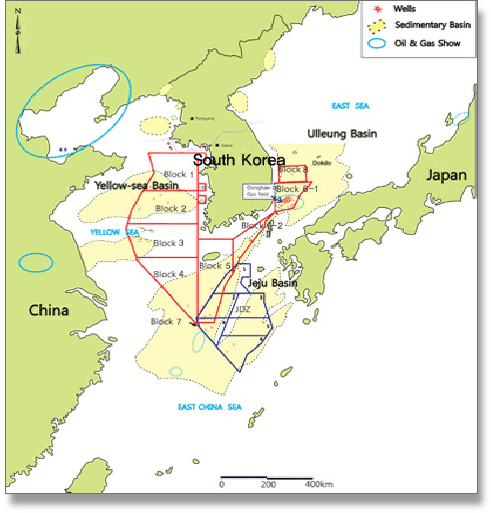 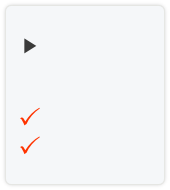