Feb 2019:  OMNIS expects to stage road shows in Houston and London in March 2019 to promote its licensing round. On offer are 44 offshore blocks in the Morondava basin on the western margin of the country. The round will close in June followed by a 3-month award period.

Nov 2018: OMNIS, together with TGS and BGP, has opened a licensing round offering 44 offshore blocks in the Morondava Basin. Each block covers about 1,940 sq kms. The total acreage offered is 63,296 sq km. The round will remain open until May 30, 2019.

Oct 2016: The Office of National Mines and Strategic Industries (OMNIS) will delay launching tenders on 40 offshore oil blocks (out of 225) in the Morondava basin until 2017. The new petroleum code is not yet completed.

Apr 2016: Sterling Energy is withdrawing from its PSC on the offshore Ambilobe block in the Ambilobe basin. It is near the end of the second phase of the exploration period and all work commitments have been fulfilled. In 2015 CGG completed a 1,175 sq km 3D seismic survey. A drill-or-drop decision is due in July 2016 by the remaining partner, Pura Vida.

Jul 2015: ExxonMobil has ended its offshore exploration after resuming in 2013 following a 4-year pause due to a force majeure declared after the 2009 coup. It has not come up with commercial results to justify remaining in its 3 PSAs adjacent to the Mozambique border.

May 2015: After discussions with OMNIS, ExxonMobil (operator, 70%) and Sterling (30%) have relinquished the offshore Ampasindava Block following a re-assessment of its prospectivity.

Apr 2015: Madagascar Oil has been awarded a 25-year Development Mining Title for Block 3104 Tsmiroro PSC, the first PSC to enter a development phase. It will allow the company to proceed with drilling and facilities upgrades and sell the oil currently in storage.

Oct 2014: Licenses for 3 onshore and up to 50 offshore blocks will be available in a bid round in 2015 once parliament approves a new petroleum law. Madagascar has 249 blocks of which 24 have been licensed to companies including ExxonMobil, Tullow and Afren.

May 2014: Madagascar Oil has announced that Block 3104 Tsimiroro field is commercial under terms of the PSC with its partner, OMNIS. Local test sales will commence in the second half of 2014 for up to 6 months. Cumulative oil production from the  Pilot, commencing in April 2013, was 83,635 bbls of oil, half of which has been used for steam generation.

Mar 2014: Production from the steam flood pilot of the Tsimiroro heavy oil field in western Madagascar has increased to 425 bbls per day in February with cumulative oil, from April 2013 of 63,436 bbls to mid March.  The operator, Madagascar Oil, is working towards a Full Field Development Plan submission later in 2014.

Jan 2014: Sterling updated activities in its offshore blocks. A 1,314 km 2D seismic survey was completed on the Ampasindava Block. Operated by ExxonMobil, Sterling holds 30% and an exploration well is expected to be drilled in late 2015. Sterling is operator of the Ambilobe Block with 50% with Pura Vida (50%). They plan a 1,250 km² 3D survey in the second half of 2014.

Dec 2013: Cumulative oil production from Tsimiroro has now exceeded 32,000 bbls from the cyclic phase of the Steam Flood Pilot with 13,776 bbls of 15 degree API oil in storage tanks and the remainder used for fuel for steam generation. Average production for Nov 2013 was 253 bbls of oil per day. Work proceeds on preparation of the Full Field Development Plan.

Nov 2013: Madagascar Oil, which began producing oil from its Tsimiroro heavy oil field in April for its steam generators, aims to begin Madagascar's first commercial sales. The aim is to initially produce 10,000 bbls per day from an estimated resource of 1.7 bn bbls of oil in place. Much of the oil will be used in Madagascar for power generation.

Oct 2013: Madagascar Oil is seeking to farm out its 100% interest in onshore Blocks 3105 (Manambolo Concession), 3106 (Morondava Concession) and 3107 (Manandaza Concession). The Company plans to open a data room in Nov 2013 and is targeting farmout completion by March 2014. Additional funds are also needed for the Phase 1 Tsimiroro development.

Sep 2013: Niko Resources has farmed-out of a 40% interest in the Grand Prix PSC to OMV with Niko retaining a 35% interest. The PSC is located in an offshore part Morondava basin along the west coast of Madagascar. The basin has with only 5 offshore exploration wells drilled since the 1970’s.

Jul 2013: Hoifu Energy Group has acquired Madagascar Northern Petroleum Company, which owns 100% of the rights of Block 2101 in the northern part of Madagascar. Five exploration wells have been drilled on the block, the first in 1964, but no commercial oil and gas has yet been identified.

Jun 2013: Tower Resources has acquired a 20% interest in onshore Marovoay Block-2102 in the Majunga Basin. The block is operated by Ophir Energy. The first exploration well is due to be drilled in 2014, targeting the Anjohibe Prospect, an onshore equivalent of deep water prospects being explored by ExxonMobil in the Ampasindava Block to the north.

May 2013: Madagascar Oil reports that the construction phase of the Tsimiroro Steam Flood Pilot is reaching completion and steam injection into the first wells has commenced. During 2012 the company drilled 28 wells in the field. Costs during the year were significantly higher than anticipated.

Apr 2013: Sterling Energy is farming out the Ampasindava and Ambilobe deep water blocks. These are located in the Majunga and Ambilobe deep water basins offshore northwest Madagascar. The Company holds 30% in the Ampasindava licence, containing the Sifaka Prospect which may commence drilling in late 2014. A farm-in to the block was made by ExxonMobil in 2005. In the Ambilobe block the next stage of exploration is likely to include the acquisition of seismic data. 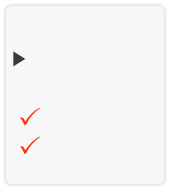