May 2021: Shell signed a US$380 mm agreement with Malampaya Energy, a subsidiary of Udenna Corporation, for the sale of its 100% shareholding in Shell Philippines. It holds 45% operated interest in SC38 which includes the Malampaya gas field.

Oct 2020: PNOC (28%) will start an exploration venture with CNOOC (51%) and Jadestone (21%) in the South China Sea by 2021 on the Calamian prospect in Service Contract 57 near the Malampaya gas field. SC 57 is one of 5 projects that can proceed after lifting a 6-year moratorium. The country has signed an MOU with China for joint developments in the South China Sea.

May 2019: The Government extended the application deadline for acreage in Pre-Determined Areas (PDAs) under the Philippine Conventional Energy Contracting Program (PCECP) to August. There are 14 areas; 1 in Cagayan, 3 in East Palawan, 3 in the Sulu Sea, 2 in Agusan-Davao, 1 in Cotabato, and 4 in West Luzon. Applicants can also nominate other areas of interest at any time of the year.

Jan 2019: Phoenix Petroleum has won government approval to build the first LNG import terminal for US$2bn CNOOC south of Manila. The LNG facility is expected to have a capacity of 2.2 mm tonnes per year with operations starting in 2023 reducing reliance on coal.

Apr 2017: Nido Petroleum will drill a sidetrack well on the Galoc field in the Palawan Basin, Block C1 of Service Contract 14, following inconclusive results from the appraisal well Galoc-7.

Mar 2017: Nido reports that a drillship has commenced mobilisation to the Galoc-7/7ST well location in Block C1 of SC14. The water depth at the location is 540m.

Jun 2016: Otto Energy (operator,78.18%) has approval from the Philippines Department of Energy for a 2-year moratorium on work activity under Service Contract 55 (SC 55) in the offshore Palawan Basin. Otto is exiting, transferring its interest to partners, Red Emperor Resources and Palawan 55.

Aug 2015: Installation is complete for the Malampaya Depletion Compression Platform (DCP) which provides up to 50% of the power generation needs for Luzon.

May 2015: First Gen Corp said construction of its US$1bn LNG regasification terminal should begin in 2016 to ensure continued operation of its power plants when the Malampaya gas fields deplete in the 2020s. Construction is expected to be complete by 2021.

Mar 2015: Mammoet is installing the Malampaya Phase 3 Depletion Compression Platform (DCP) for Shell. The DCP is a self-installing platform which will be bridge-linked to the Malampaya Shallow Water Production Platform (SWP). It will process gas before transporting it by pipeline to an onshore plant and eventually to its power plant customers.

Dec 2014: Gas2Grid has been granted a 2-year technical moratorium on SC 44 to assess completion technology and appraise the onshore Malolos field. Production rates of 200 bbls per day were achieved in production tests in 2014 but flow was inhibited by sand blockage.

Jan 2014: Gas2Grid announced that the Philippine Department of Energy (DOE) has formally recognized Malolos-1, in SC 44 onshore Cebu, as an oil discovery and approved long term testing to start in Feb 2014.

Oct 2013: Shell disclosed details for the next phases of the Malampaya Deepwater Gas-to-Power Project in SC38, 80kms northwest of Palawan Island. Phase 2 (MP2) covers 2 new production wells. Phase 3 (MP3) is a second platform for compressors by 2015. They aim to maintain the level of gas production to fulfil commitments under existing gas sales agreements.

Jul 2013: Gas2Grid announced that the Malolos-1 oil testing program in Service Contract (SC)44 onshore Cebu has been completed and recovered light oil. The plan is to conduct a longer term production test of the two oil bearing sandstone intervals. The Malolos field is located 8 kms from the western coast of Cebu.

Jun 2013: Otto, operator of the Galoc oil field, reports that drilling has begun at Galoc 5H and 6H horizontal wells in Service Contract (SC)14C as part of the Phase II development. The wells are being drilled in 311m of water with the Ocean Patriot semi-submersible. Galoc has delivered over 10 mm bbls since commissioned for the second time in 2008. Both wells will be tied back to the FPSO Rubicon Intrepid with first oil expected in 4Q 2013.

May 2013: BHP has lodged a notice of force majeure on Service Contract (SC)55 in the offshore Palawan basin seeking a suspension of obligations under the current sub-phase due to delays in receiving the environmental plan clearance. This will delay drilling of a well on the Cinco prospect in a water depth of 1,430m. BHP holds 60% of SC55 with Otto (33.18%) and Trans-Asia (6.82%).

Feb 2013: First oil in the Cadlao redevelopment program is due to be produced by mid 2014.

Oct 2012: The Department of Energy expects at least five offshore exploratory wells in 2013. Drilling activities are planned by Total in SC56 in the Sulu Sea, Blade Petroleum in SC6 (the Cadlao field), Otto Energy in SC50 (the Calauit field), Nido Petroleum in SC63, and BHP Billiton in SC55.

Sep 2012: Gas2Grid is to commence a 3-well drilling program in Service Contract (SC)44, onshore Cebu. The company-owned rig (Rig-2) has been mobilized to the Jacob site to be followed by Gumamela and Ilang. Reservoir targets are Miocene reefs and turbidites at a depth between 340 and 1000m of the same age as hydrocarbon-bearing reservoirs elsewhere onshore Cebu and in oil and gas producing fields offshore Palawan.

Sep 2012: Otto Energy, operator of SC14C, has announced the approval of Phase 2 of the Galoc offshore field with CAPEX of US$188 mm. Phase 2 requires 2 new subsea wells tied back to the existing FPSO. Production is expected to rise from 5,600 bbls per day to more than 12,000. The project also includes a second production riser and control umbilical. Diamond Offshore’s Ocean Patriot semisub will drill the wells, and there is an option on a third.

Aug 2012: Total has acquired from Mitra a 75% interest in offshore Service Contract (SC)56, located in the Sulu Sea near the border with Sabah and a new potential area for discoveries. The block lies in water depths ranging from 200m to 3000m. Total is pursuing a strategy to explore significant potential plays in new areas. Mitra will be in charge of initial seismic operations after which Total will be responsible for drilling, if this proceeds. 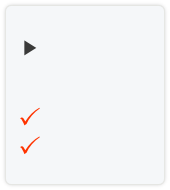