Sep 2021: BP has achieved first gas from the Matapal project discovered by the Savannah exploration well in 2017 It is comprised of 3 subsea wells tied back to the Juniper platform, 80kms off the SE coast in a water depth of 163m. The Juniper project began production in August 2017.

Jul 2021: Shell (through BG) announced that gas production has started from Project Barracuda on Block 5C in the East Coast Marine Area (ECMA). It is a backfill project with  a sustained 1.5 bcm a year of gas sent to Atlantic LNG. The project comprises two deep subsea wells, one in the Endeavour field and the other in the Bounty field, tied back to Shell’s Dolphin platform.

May 2021: BHP (operator; 68.46%) and The National Gas Company (31.54%) announced first oil from the Ruby Project in shallow water Block 3(a) within the Greater Angostura Field. The development consists of oil and gas production from the Ruby and Delaware reservoirs via 5 production and one gas injector well tied into existing facilities.

Dec 2020: Touchstone (80%, operator) and Heritage (20%) completed drilling the onshore Cascadura Deep-1 exploration well on the Ortoire block. High pressure gas zones were encountered with over 400m of aggregate net gas pay in  overthrust sheets. The well was the 4th of a 5-well exploration commitment. Production testing operations are planned for Q1 2021.

Oct 2020: Touchstone (80%, operator) and Heritage (20%) discovered gas in the Chinook-1 exploration well on the onshore Ortoire block. Chinook-1 is the partner’s 3rd exploration well and discovery on the block since the drilling program began in August 2019. Testing is expected to be during Q1 2021.

Apr 2020: Columbus Energy (operator, 100%) announced that the Saffron well discovered light oil in the Cruse Formation in the Bonasse licence area. A second well will be drilled in Q3 2020, subject to an oil price above US$35 for a sustained period. Saffron was the first well drilled within the Southwest Peninsula in 11 years.

Mar 2020: Touchstone plans to bringing Coho-1 and Cascadura-1ST1 onto production as soon as possible. It achieved oil sales of 1,825 bbls per day in 2019, a 6% increase relative to 2018. It conducted minimal capital development as it concentrated on exploration of the Ortoire Block.

Feb 2020: Touchstone (operator, 80%) and Heritage (20%) announced that the Cascadura-1ST1 well on the Ortoire Block is a significant liquids rich gas discovery in the Herrera formation. This follows on from an earlier success at the Coho-1 well. The main turbidite sand fairway extends through a large portion of the block.

Dec 2019: Touchstone (operator, 80%) and Heritage (20%) have made a significant onshore oil discovery with the Cascadura-1ST1 well on the Ortoire exploration block. The well encountered oil in 4 reservoir sand levels. The Company expects to complete and test the well in Q1 2020. It is the 2nd prospect of 4 on the block after Coho-1; a gas discovery.

Nov 2019: BP (operator, 100%) announced it has made a gas discovery with the offshore Ginger exploration well. The well was drilled into 2 untested fault blocks east of the Cashima field in the Columbus Basin in a water depth of around 90m.

Sep 2019: Touchstone announced that its 1st exploration well has discovered gas. Coho-1 was drilled in the onshore Ortoire block. Well logs indicate 4 gas zones in the Herrera member of the Mid-Miocene Cipero formation correlating with the nearby Corosan-1 gas well drilled in 2001. Well tests are being planned.

Jun 2019: BP is targeting an FID for development of its Cypre project in 2020. The Cypre project will develop the Macadamia gas discovery. The Savannah field (now renamed Matapal) discovered in the same area has already been sanctioned.

Apr 2019: BHP (operator, 70%) found hydrocarbons in its Bélé-1 exploration well in Block 23a in a water depth of 2,102m. Three further wells are being drilled in the Northern licenses around the Bongos gas discovery in Block 5 (TTDAA14) made in 2018.

Feb 2019: BP announced first gas from its Angelin development originally discovered by the El Diablo well in 1995. It includes a new platform and 4 wells, 60 kms off the SE coast in a water depth of 65m. It has a capacity of up to 6 bcm a year with gas flowing to the Serrette hub via a new 21 km pipeline.

Dec 2018: BP announced  sanction of 2 offshore gas developments. The Cassia Compression project will produce low pressure gas from fields in the Greater Cassia Area with a new platform (Cassia C). First gas is planned for 3Q 2021. The Matapal project will develop gas discovered in 2017 with the Savannah well involving a 3-well tieback to the Juniper platform. First gas is planned for 2022.

Nov 2018: DeNovo Energy (part of Proman) started gas production from the Iguana field off the west coast. The field was discovered in 1982 and is the first west coast gas field to be developed, delivering up to 0.826 bcm each year for use by petrochemical plants on the Pt. Lisas Industrial Estate through the National Gas Company of Trinidad and Tobago (NGC).

Aug 2018: Trinidad has signed a deal with Venezuela whereby it will purchase 1.5bcm of gas a year gas from Venezuela’s Dragon Field for conversion to LNG.

Jul 2018: BHP says its deep water Victoria-1 well has found gas. It is the first well of Phase 2 exploration drilling to assess the potential of the Magellan play, following the LeClerc gas discovery. On completion of Victoria-1 the drillship will drill the Bongos prospect.

Nov 2017: New upstream developments such as BP’s Juniper project, the onshore compression project and sanction of the Angelin gas field (expected to start production in 2019) are causing LNG production to gradually pick up after years of decline due to gas supply shortfalls.

Aug 2017: BP produced first gas from the Juniper (Corallita and Lantana) development which will add gas capacity of 6 bcm a year after an investment of US$2bn. It is BP’s first subsea development in Trinidad. An unmanned platform in 110m of water sends gas to the Mahogany B hub.

Jun 2017: BP has approved the development of its Angelin gas project off the south-east coast in 65m of water. It will include 4 wells and a new platform (its 15th offshore facility in Trinidad) with a capacity of around 6 bcm a year. Gas will flow to the Serrette platform hub, planned from 1Q 2019.

Jun 2017: BP (operator, 100%) announced it has made 2 significant gas discoveries with the Savannah and Macadamia offshore exploration wells. Savannah was drilled into an untested fault block east of the Juniper field in a water depth of 155m. Macadamia was drilled below the existing SEQB discovery, 10 kms south of the Cashima field.

May 2017: LNG production has continued to decline due to supply shortfalls at the Atlantic Point Fortin facility although sales and deliveries rose. BP recently started up the onshore compression (TROC) project providing additional volumes. Atlantic produces LNG from gas delivered from offshore fields north and east of Trinidad.

Mar 2016: BP confirmed that 5 subsea trees for the Juniper field project have arrived. located off the south east coast, it is BP’s first subsea field development in Trinidad. The 5 wells were drilled in 2015 and 2016 and the project will have a production capacity of 6 bcm each year with first gas in 2017.

Aug 2015: Range Resources plans to drill 22 exploration and development wells by the end of the first quarter of 2016.

May 2015: BP announced the Ocean Victory semisub will soon commence drilling 5 subsea wells at the Juniper field to be tied into the Juniper platform. The project will have a production capacity of up to 6 bcm per year with first gas expected in 2017.

Apr 2015: LGO Energy announced spud of the first in its 2015 seven well development program at the Goudron field to add to its 8 new wells drilled in 2014. LGO also plans for 12 well recompletions in existing wells to maintain average output levels close to 2,000 bbls per day.

Jan 2015: Caribbean Rex (100%) announced that it has completed the drilling of 3 wells in the South Erin Block. Oil-bearing sands were encountered in the CH6 and CG8 wells in Cruse and Lower Forest reservoirs The company will consider putting the wells on production as soon as testing has been completed and approvals granted.

Dec 2014: BG Group has delivered first gas from the Starfish field in the East Coast Marine Area. Gas will flow to the domestic market and to Atlantic LNG. The field is connected to the Dolphin platform. BG Group is operator (50%) with Chevron (50%).

Aug 2014: BP has sanctioned the Juniper offshore gas project which will include an unmanned platform taking gas from 5 subsea wells in the Corallita and Lantana fields in a water depth of 110m. Gas will flow by pipeline 10 kms  to the Mahogany B hub. Drilling will start in 2015 and first gas is expected in 2017.

Aug 2014: BG  and BHP Billiton are successful bidders in the 2013 offshore licencing round. They have been awarded Deep Atlantic Areas 3 and 7 (TTDAA 3 and 7). The energy ministry will now enter into negotiations for a PSC for each Block. Three bids were received for 2 of the 6 blocks offered in the round.

Jul 2014: Trinity will acquire Centrica’s 80% interests in Blocks 1a and 1b off the west coast. The blocks contain 4 gas discoveries in up to 35m of water with aggregate gross resources of 7.6 bcm. The gas is appraised with 6 wells but undeveloped and Trinity is targeting first production in 2018 for sale to the domestic gas market.

Jul 2014: Repsol has made a discovery in the offshore Teak field in the TSP block east of the island which has upgraded the northern portion of the Teak B field. Repsol operates with 70%, partnered by Petrotrin (15%) and The National Gas Company (15%). Repsol is carrying out a drilling campaign in the TSP block, which has been producing since the 1970s. It averaged 10,900 bbls per day in 2013.

Apr 2014: Leni Gas & Oil has announced that drilling at the 100% owned Goudron field is to begin. This is the first new well on the field since 1981 and will followed by further infill wells. Approximately 70 reactivated wells currently contribute to ongoing production.

Feb 2014: Leni Gas & Oil has signed a contract with Well Services Petroleum Company for the drilling of the first 7 wells of the planned 30 well development drilling programme at the Goudron field. The contract envisages the use of Well Services’ Rig 20.

Dec 2013: Trinity has made an oil discovery at its TGAL-1 exploration well within the Galeota license using the Rowan Gorilla III jackup. Trinity is operator with 65%. TGAL-1 targeted an updip extension of the producing Trintes Field and intersected 5 oil bearing reservoirs.

Sep 2013: Trinidad  and Venezuela said that PDVSA will work with Chevron to develop the Loran-Manatee field offshore gas field, the largest of 3 that span the offshore border. The Loran-Manatee field has reserves of around 285 bcm of which 26.25% belongs to Trinidad. Trinidad was also allocated 36% of the Cocuina Manakin field and 84% of the Dorado-Kapot field. A pipeline to the Paria Peninsula in Venezuela s planned to link with the delayed Mariscal Sucre project.

Jun 2013: The Ministry of Energy signed PSCs with BHP Billiton for 4 deep water blocks, TTDAA 5, 6, 28 and 29. The PSCs have an initial phased exploration period of up to 9 years. Activity related to the award is expected to generate a minimum investment of US$565 mm for mandatory exploration phases and US$459 mm for optional phases. In the mandatory phases, the company will drill at least 6 deep water exploration wells.

Dec 2012: Technip has been awarded by BG an engineering, procurement, commissioning and installation (EPCI) contract for the development of the Starfish field in the East Coast Marine Area. The field lies at a water depth of 130m and will be tied back to the Dolphin A Platform. Offshore installation is expected to be performed in mid-2014 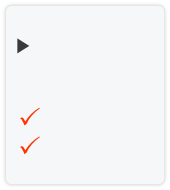