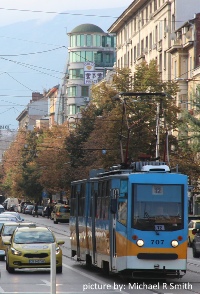 Bulgaria (the Republic of Bulgaria) is bordered by Romania to the north, Serbia and Macedonia to the west, Greece and Turkey to the south, and the Black Sea to the east.

Thracians arrived in Bulgaria in 1000 BC, followed by Persians in 600 BC. The region was later ruled by Greeks and then Romans from 46 AD as part of the Byzantine Empire. From 600 AD Slavs began to settle while Bulgar tribes arrived from the north.

In 681 the 1st Bulgarian Empire was established which went on to dominate the Balkans. After a brief return to Byzantine rule a 2nd Bulgarian Empire took over in 1185. By the 14th century factional divisions led the empire to split. Ottomans then conquered most of the region, ruling for nearly 500 years despite several Bulgarian revolts.

In 1878 Russia finally defeated the Turks and a Bulgarian principality took power in the north. This re-incorporated the south in 1885 and proclaimed independence in 1908.

Bulgaria aligned with Germany in World Wars 1 and 2 until 1944 when it was invaded by the USSR. A communist republic was established and rapid industrialisation followed. Communist rule ended in 1989 and Bulgaria embarked on a transition to a market-based economy, now dominated by agriculture and heavy industry.

Bulgaria has 3 topographic regions; the Danubian plain; the Balkan and Rhodope Mountains; and the Thracian plain.

The Thracian Plain begins southeast of Sofia and broadens as it reaches the Black Sea coast. The mountainous southwest of the country has two alpine ranges which border the Rhodope Mountains to the east.

Bulgaria has few oil and gas prospects and only minor onshore oil, condensate and gas production from several complex fields in the north. Output began in 1954 from the Moesian Platform under the Danubian plain. Some additional gas potential has been identified which should lead to a small resurgence in gas production in coming years as new infrastructure is installed.

Offshore in the Black Sea the Galata gas field came onstream in 2004 but was abandoned in 2009 for storage. Two new gas fields were developed in 2010. There may also be gas potential adjacent to the offshore Romanian border in deep waters. Globalshift expects new gas production from deep waters in the medium term.

Besides small volumes of NGLs, there is no oil production offshore. Most of the country’s electricity is obtained from nuclear power and renewables. 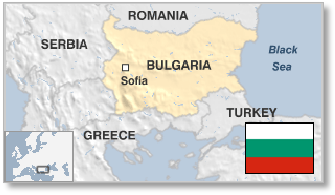 Bulgaria is a parliamentary democracy. The president is head of state and commander-in-chief of the armed forces, and the prime minister is head of government.

Parliament, comprising a 240-member National Assembly, is elected to a 4-year term by popular vote. It can override the presidential veto by a simple majority vote.

The Ministry of Economy and Energy oversees the oil and gas industry. Bulgarian Energy Holding EAD is the state-owned energy holding company incorporated in 2008.

Bulgargaz is the largest Bulgarian natural gas distribution company and is a subsidiary of Bulgarian Energy Holding EAD.