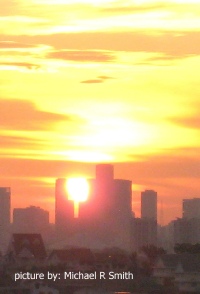 Chile (the Republic of Chile) occupies a narrow strip of land bordered by Peru to the north and sandwiched between the Andes (Bolivia and Argentina) on the east and the Pacific Ocean on the west.

Over 10,000 years ago, migrants settled in Chilean valleys, evolving into the indigenous Mapuche. Later the Incas briefly colonised northern Chile. In 1520 Magellan navigated the southern Straits. He was followed by Spanish settlers from Peru in 1535 and, in 1541, Chile became an isolated part of the Spanish Empire within the Viceroyalty of Peru.

It was subject to repeated revolts by the Mapuche, who retained the south, and invasions by British and Dutch. In 1808 Chile began to demand independence and in 1810 it was proclaimed an autonomous republic within the Spanish monarchy. It gained full independence from Spain as a republic in 1818. The southern Magallanes region joined with Chile in 1843.

The War of the Pacific from 1879 led to acquisition of territory formerly owned by Bolivia and Peru, and an 1881 it negotiated sovereignty over the Straits of Magellan.

During the 20th century governments swung between authoritarian military dictatorships and socialist democracies. Market-led reform in the 1990s saw renewed economic growth and the country is now a relatively stable, prosperous nation with copper a significant export.

Chile is a long and narrow coastal country on the west side of the Andes Mountains, It is only 350 km at its widest point but has a variety of landscapes.

It controls Easter Island and Sala y Gómez Island, the easternmost islands of Polynesia, incorporated in 1888, Robinson Crusoe Island in the Juan Fernández Islands and the small islands of San Ambrosio and San Felix, which extend territorial waters into the Pacific Ocean.

The northern Atacama Desert contains copper and nitrates. The small Central valley dominates in terms of population and agricultural resources. Southern Chile is forested with volcanoes and lakes and the southern coast has many fjords and islands. The Andes Mountains lie along the eastern border.

Chile produces oil and gas from the onshore and offshore Austral basin in the Magallanes region in the far south of the country. Output has been declining since 1982 but production is now stable as new discoveries are brought onstream in Geopark’s Fell Block.

Gas production has a similar pattern but has recovered more rapidly. Globalshift now expects output to increase as new gas networks are developed in the remote south. However, it is unlikely that any new production will be achieved elsewhere, either onshore or off the long Pacific coast.

Chile imports most of its oil and gas. Gas consumption dropped sharply in 2007 when imports from Argentina ceased, partly replaced by oil. Consumption is now growing as new sources are identified from other countries. 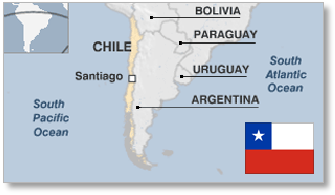 Chile is a democratic republic, whereby the President is both head of state and head of government. The president is constitutionally barred from serving consecutive terms. Executive power is exercised by the government.

Legislative power is vested in both the government and the two chambers of the National Congress. The Congress of Chile has a 38-seat Senate and a 120-member Chamber of Deputies. Senators serve for eight years with staggered terms, while deputies are elected every 4 years.

The Ministry of Energy oversees oil and gas in Chile. Empresa Nacional del Petróleo (ENAP), founded in 1950, is the NOC engaged in the exploration, production, refining, and marketing of hydrocarbons.