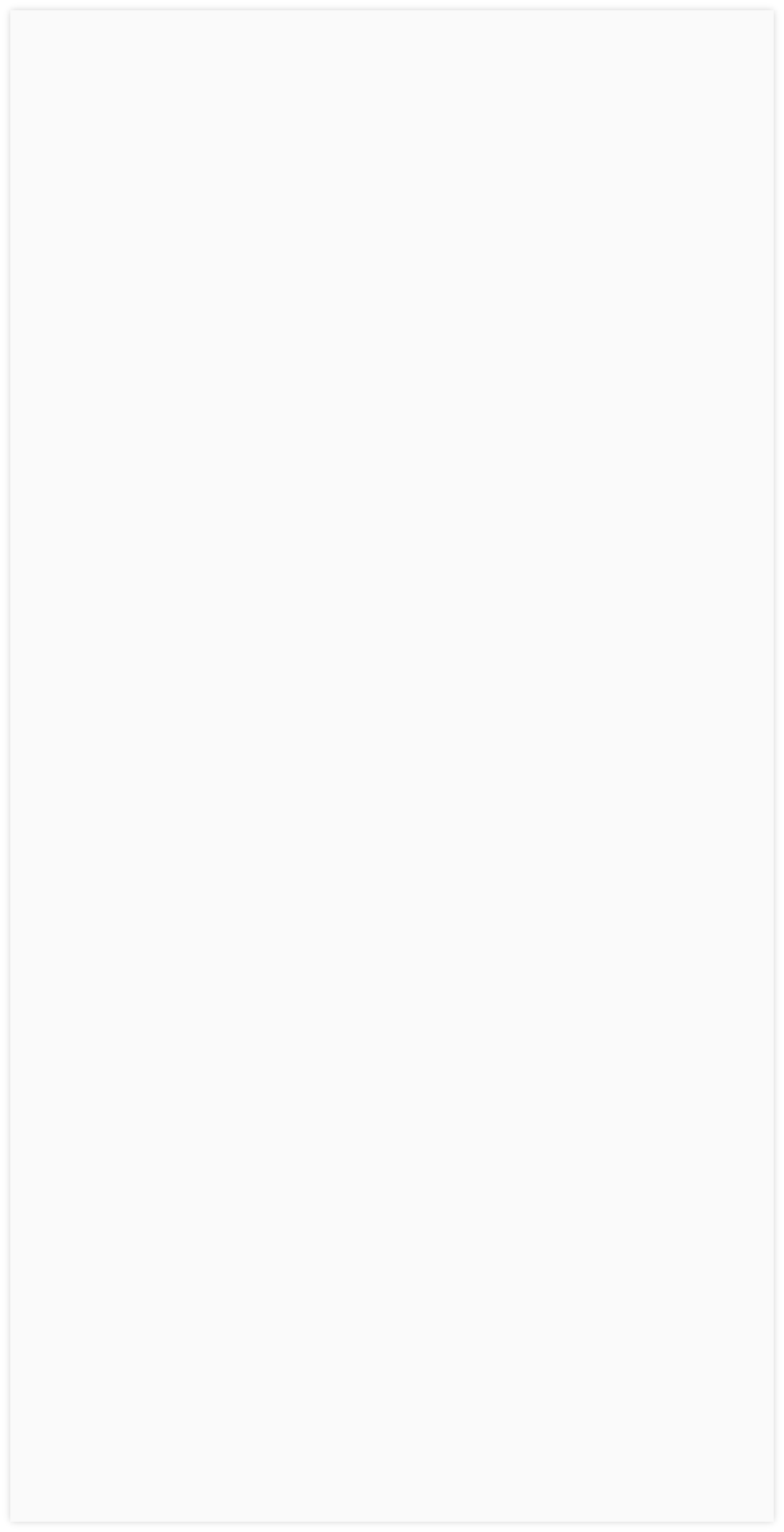 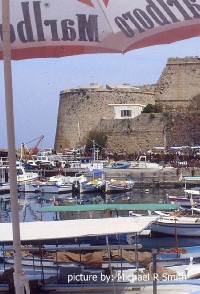 Boats in the harbour

Cyprus (the Republic of Cyprus) is an island country 75 kms south of Turkey, west of Syria and Lebanon, north of Egypt, and to the southeast of Greece. It is partitioned into Turkish and Greek sectors.

Hunter-gatherers lived in Cyprus 10,000 years ago replaced by Mycenaean Greeks around 1400 BC. The island then repeatedly changed hands, ruled by empires of the Assyrians, Egyptians, Persians, Greeks, Egyptians and Romans (from 58 BC).

Byzantine rule was interrupted by Arab incursions who were replaced by the French Lusignan dynasty from 1192 to 1473 when Venetians took over. In 1571 Ottoman Turks invaded and ruled until 1878 when, after the Russo-Turkish War, Cyprus was leased to the UK. Formally annexed in 1914, it served as a military base and was declared a Crown Colony in 1925.

Cyprus was granted independence in 1960 with Greek Cypriots hoping to merge with Greece and Turkish Cypriots favouring partition. In 1963 ethnic violence culminated in a coup in 1974 by Greek nationalists, precipitating an invasion by Turkey and capture of the north.

A Turkish state was established in 1983, recognised only by Turkey. The country is now partitioned into 2 parts with a UN buffer zone. Nevertheless the southern part of Cyprus is a major tourist destination. It joined the EU in 2004.

Cyprus is the third largest island in the Mediterranean Sea after Sicily and Sardinia and lies within the Anatolian tectonic Plate. It is dominated by two mountain ranges, the southern and western Troodos Mountains and the narrow Kyrenia Range along the northern coastline, and the central plain they encompass called the Mesaoria.

The highest point on Cyprus is Mount Olympus at 1,952m in the centre of the Troodos range.  Two military bases under British sovereignty are located in the south, Akrotiri and Dhekelia, covering 2.74% of the land area.

Up to 2011 Cyprus had no identified oil or gas. However, neighbouring Israel has witnessed a number of deep water gas discoveries. The southern offshore waters in Cyprus overlie the Levant Basin which was deemed to have similar potential. A deep water well, spudded in late 2011 and aimed at these reservoirs, found large volumes of gas.

Globalshift forecasts offshore gas production with associated NGLs to eventually begin and Cyprus could have a strong demand for any gas developed. However, the dispute with Turkey over ownership of north Cyprus and economic issues in the country may lead to delays.

In the longer term an LNG plant on Cyprus is possible, perhaps even also taking gas from Israel. Alternatively, and more likely at the moment, Cyprus could pipe gas into Egypt for domestic use or conversion to LNG in Egypt’s plants. 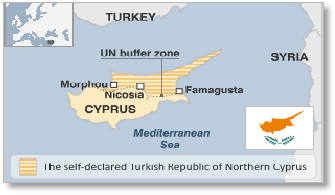 Since 1965 the 24 Turkish Cypriot seats in the House have remained vacant. (The Turkish Republic of Northern Cyprus declared independence in 1983 but the UN recognises the sovereignty of the Republic of Cyprus over the entire island).

The oil and gas industry is overseen by the Ministry of Energy, Commerce, Industry and Tourism.

The Energy Service has overall responsibility. In 2007 the state-owned Natural Gas Public Corporation was founded to administer all aspects of gas supply and demand in the country.