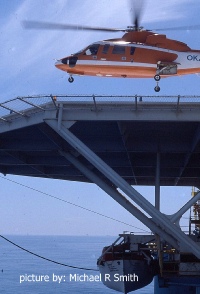 Equatorial Guinea (the Republic of Equatorial Guinea) includes a large island (Bioko) in the Gulf of Guinea and a mainland region (Río Muni), bordered by Cameroon (north) and Gabon (south and east).

Early Baka (pygmy) tribes were overwhelmed by Bantus who evolved into the Fang tribe of Rio Muni and the Bubi tribe of Fernando Po (now Bioko). The island was discovered in 1472 and colonised by Portugal but in 1778 it, and the adjacent onshore region were ceded to Spain.

Britain used Bioko as a base from 1827 to combat the slave trade until Spanish rule was restored in 1844. Coffee and cocoa plantations on the island were now run by black Fernandinos who had settled during British rule.

New land regulations in 1904 favoured Spaniards and the indigenous Bubi were subjugated. Meanwhile France had acquired most of the mainland and a treaty left Spain with just the Rio Muni area. Bioko and Rio Muni were then united in 1926 as the colony of Spanish Guinea.

Nationalist pressures in the region led to independence in 1968 and the new government allied itself with the USSR and Cuba. The leadership terrorised the people and a coup in 1979 brought in a new authoritarian leader. Equatorial Guinea’s economy now depends on oil and gas and it is the richest country per capita in Africa. However, wealth is distributed very unevenly.

Equatorial Guinea consists of the mainland territory of Río Muni and the islands of Bioko, where the capital is located, and smaller islands of Corisco, Elobey Chico, Elobey Grande) and Annobón. The last is a volcano 350 kms into the Atlantic west of Gabon.

Río Muni and Bioko are mostly covered in forests including in the central highlands of the island.

Oil production began in 1991 north of Bioko from the Alba and then Zafiro fields in the Rio Del Rey Basin, a part of the Niger Delta. In 2000 a series of new finds, south of Bioko island in the Rio Muni basin, partly in deep waters, began to come onstream.

New fields in both shallow and deep waters are planned that will sustain and eventually increase total production.

Before 2002 gas production was minimal, with most flared or re-injected although some Alba gas was processed into methanol. A new gas-powered electricity generating facility and an LNG plant started operations in 2007, leading to gas output increasing rapidly.

Due to the geology there is no onshore production in Equatorial Guinea and Globalshift believes that future output is unlikely. 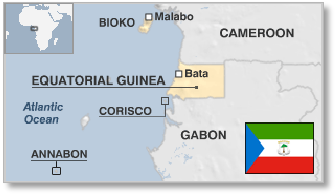 Equatorial Guinea is a presidential republic. The President is head of state and has extensive powers. The Prime Minister is appointed and operates under powers given by the President.

Legislative power is vested in the government and the 100-member Chamber of People's Representatives elected for a 5-year term. The State Council would serve as caretaker in case of death or physical incapacity of the President.

The oil and gas industry is overseen by the Ministry of Mines and Hydrocarbons. GEPetrol, the NOC, was formed in 2002. It operates in conjunction with Sonagas (Sociedad Nacional de Gas de Guinea Ecuatorial), the state gas company formed in 2005, and EG LNG, the LNG company in which Sonagas has a share.