Nicaragua (the Republic of Nicaragua) is bordered by Honduras to the north and Costa Rica to the south. The Pacific Ocean abuts its western coast and the Caribbean Sea its eastern coast.

The country was settled by 3 main tribes evolved from Amerindians 1000s of years prior to 1502 when Columbus arrived. The first settlement was then founded by Spanish in 1524. It was part of New Spain until 1821 when the Captaincy-General of Guatemala (El Salvador, Guatemala, Costa Rica and Honduras) declared independence, becoming the Federal Republic of Central America from 1823.

Nicaragua left the federation in 1838. A number of short civil wars were followed, in 1856, by 30 years of relative political stability. During most of the 20th century Nicaragua suffered guerilla wars, including occupation by the US military until 1933, and long periods of dictatorship.

In 1961 the Sandinista National Liberation Front (FSLN) was founded, beginning the Nicaraguan Revolution. The FSLN triumphed in 1979 but were opposed by Contra rebels illicitly supported by the USA. Finally in 1990 democratic elections led to relative political stability.

Years of civil war left the economy in ruins and the country remains poor, dependent on agriculture, fishing and overseas remittances.

The Pacific lowlands of Nicaragua contain the 2 largest fresh water lakes in Central America; Lake Managua and Lake Nicaragua. Surrounding the lakes along the rift valley of the Gulf of Fonseca are lowland plains with several large active volcanoes of the Cordillera Los Maribios mountain range.

Nicaragua lies on the subduction zone of the Caribbean oceanic plate and the Cocos Plate which is subducting beneath it on the Pacific side. The Central American Volcanic Arc thus runs NW-SE through the country.

The central highlands behind the Pacific Coastal basin are significantly less populated and economically developed. East of the highlands the so-called Mosquito coast on the Caribbean side is heavily forested and has some potential for minerals.

The country had no perceived petroleum potential until 2007 when two small oil fields were drilled within the Pacific Coastal Basin and immediately brought onstream. However, reserves are limited and Nicaraguan oil production is unlikely to be substantial due to the poor reservoir development.

The country has no gas prospects and consumes no gas and Globalshift believes it is also unlikely to achieve any offshore production in the future on either coastline. However, some exploration activity is occurring offshore on both the Pacific and Caribbean coasts. 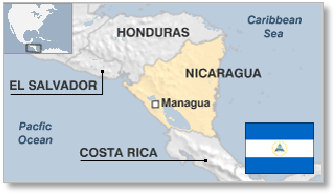 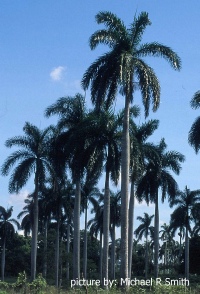 Nicaragua is a presidential representative democratic republic. The President is both head of state and head of government and there is a multi-party system.

The oil and gas industry in Nicaragua is overseen by the Ministry of the Environment and Natural Resources.

The Nicaraguan Energy Institute ensure compliance with the laws and regulations in the energy sector. The state-owned oil company is DNP Petronic.