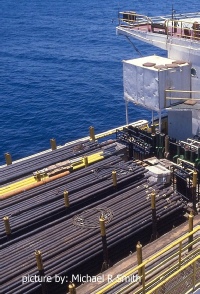 The islands were uninhabited until discovery by Portuguese explorers in 1471. Settlers arrived in 1493 in São Tomé and in 1500 in Príncipe, then slowly throughout the 16th century as the rich volcanic soil allowed sugar to be grown. They also became a transit point for slave ships.

The 2 islands were taken over by Portugal in 1522 (São Tomé) and 1573 (Príncipe) and plantations were developed producing sugar using African slaves. By the mid-17th century sugar cultivation had declined but, in the early 19th century after the end of the slave trade, coffee and cocoa plantations were introduced owned by Portuguese companies using forced African labour.

Social unrest eventually led to riots in 1953 and the growth of liberation movements resulted in independence in 1975 after the 1974 coup in Portugal.

In 1990 the country became one of the first in Africa to undergo democratic reform. Although the army seized power for one week in 2003, complaining of corruption and that potential oil revenues would not be fairly divided, and an attempted coup occurred in 2009, it is now a stable democracy.

The volcanic islands of São Tomé and Príncipe in the equatorial Atlantic and Gulf of Guinea are part of the Cameroon volcanic mountain line, which includes the Equatorial Guinean islands of Annobón to the southwest and Bioko to the northeast and Mount Cameroon on the coast.

São Tomé & Príncipe still produces no oil or gas although part of its jurisdiction lies in deep waters overlying the distal part of the Niger Delta. A Joint Development Zone was set up with Nigeria in 2001 to create a framework for the development of the significant oil potential in this region.

It is forecast by Globalshift that deep water oil production, shared with Nigeria, will begin within a decade and rise rapidly thereafter. No gas production is forecast for many years although gas reserves are also likely to be significant.

Offshore in the country’s exclusive economic zone (EEZ), not shared with Nigeria, less potential is recognised although a number of companies are beginning to explore here. Onshore the volcanic geology is unsuitable for oil and gas accumulations. 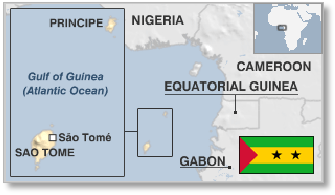 São Tomé and Príncipe is a semi-presidential democratic republic. The President is head of state elected for a 5-year term for a maximum of 2 terms.

The Prime Minister, named by the president and ratified by the majority party, is head of government, and of a multi-party system. The prime minister names 14 members of the cabinet. Legislative power is vested in the government and the 55-member National Assembly, elected for a 4-year term.

The oil and gas industry is overseen by the Ministry of Natural Resources and Environment.

The National Petroleum Agency regulates the sector whilst the  and the São Tomé and Príncipe Joint Development Authority is responsible for the jointly operated zone with Nigeria.