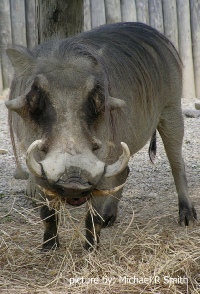 Somalia (the Federal Republic of Somalia) borders Kenya and Ethiopia (west), Djibouti and the Gulf of Aden (north), and the Indian Ocean (east).

The ancient Land of Punt and later empires in the Horn of Africa traded with Mediterranean powers until Islam was introduced in the Middle Ages and Somali sultanates took over based in Zeila. Successive Imamates controlled large areas and fought numerous battles with Ethiopia.

From 1884 the UK and Italy took control establishing British and Italian Somaliland (in the north and south respectively). A Dervish state rebelled in the 1910s but were finally defeated by the British in 1920. During World War 2 Italian fascists tried to overrun the north but were defeated in 1941.

After the war the UN granted Italy trusteeship of the south whilst the north remained a British protectorate. They united in 1960 to form the independent Somali Republic. A military coup in 1969, a war with Ethiopia in 1977, and an ailing economy all led to the Civil War in 1991 when Somalia became a failed state. Two areas, Somaliland and Puntland, declared independence (unrecognised).

In 2004 a Transitional Federal Government was set up in the south to try to re-establish law but threats from Islamic groups, such as Al-Shabaab, continue. Somalia has an economy based on livestock and overseas worker remittances.

Somalia, in the Horn of Africa, has a very long coastline from the Gulf of Aden in the north, joining with the Indian Ocean on the east. Onshore the terrain comprises plateaus, plains and highlands.

The intra-cratonic Ogaden Basin, which covers much of Ethiopia is a rift system active during the Late Palaeozoic and Mesozoic. The eastern edge of this basin, which has seen discoveries in Ethiopia, extends into southern Somalia but no discoveries have been made here and the civil war has prevented activity for over two decades.

A number of east-west trending rift basins of similar age are also present in Somaliland and Puntland, including the Adigala basin in the west, the Darin basin in the east and the Nugaal basin in the south. All have had oil seeps and oil shows in wells reported over the years.

Some exploration activity recommenced in 2012 in both of these autonomous regions since the security situation is more stable than the south.

However, the country still has no identified indigenous oil or gas resources, either onshore or offshore. Only around 70 wells have been drilled in the country (8 offshore) owing to the persistent unrest.

Recent successful drilling in Ethiopia and Kenya and analogy with oil productive basins in Yemen may point to potential prospects in the south and north respectively but no oil or gas production is forecast by Globalshift at least in the short and medium term. 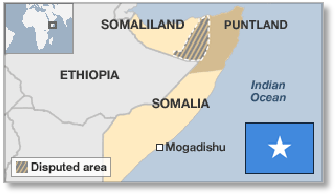 The Transitional Federal Government (TFG) governed until 2012 when the Federal Parliament of Somalia was inaugurated. The government is headed by a president to whom a cabinet, led by a Prime Minister, reports. However, the country remains unstable.

In 2006 the Islamic Courts Union (ICU) had imposed Shari'a law but were driven out with Ethiopian and African Union help. The ICU splintered and parts of it continues its insurgency. Al-Shabaab in particular has seized control of towns in central and southern Somalia.

The Federal Ministry of Petroleum and Mineral Resources is the government department in Somalia responsible for oil and gas resources.

The autonomous governments of Somaliland and Puntland have also tried to kick-start exploration programs.