Tuvalu (formerly the Ellice islands) is an archipelago in the central Pacific Ocean comprising 3 reef islands and 6 atolls. It lies south of Kiribati and north of Fiji covering an area of 900,000 sq kms.

The first inhabitants were Polynesians, migrating from Samoa and Tonga around 3000 years ago. A Spanish navigator sighted Tuvalu in 1568 but the islands were rarely visited (usually by whalers) because of the difficulty in landing on atolls.

In 1819 the British named Funafuti, Ellice's Island, after an English politician, which was later applied to all 9 islands. Missionaries landed in 1865 and trading companies became active using resident palagi (foreign) traders. In 1892 the islands were declared a UK protectorate (along with the Gilbert Islands, now Kiribati) and run from Fiji.

The Gilbert and Ellice Islands became a Crown Colony in 1916. During World War 2 Funafuti was used as a base to prepare for attacks on the Japanese- occupied Gilbert Islands.

Some self-rule was introduced in 1967 and, after a referendum in 1974, the UK colonies of Tuvalu and Kiribati separated with Tuvalu becoming fully independent in 1978.

The economy depends on the sale of fishing licenses. It also derives income from the lease of the .tv domain name and from historic development assistance.

The islands are very low-lying and made up of coral sands and reefs growing on Pacific oceanic crust. This geology is not suitable for the generation and accumulation of commercial volumes of oil and gas and Tuvalu has no indigenous oil or gas resources, either onshore or offshore. Globalshift believes it is very unlikely to achieve any production in the future. No exploration wells have ever been drilled in the country.

The boreholes on Funafuti, at a site called Darwin's Drill were drilled by the Royal Society of London to investigate the coral reefs following the work on The Structure and Distribution of Coral Reefs by Charles Darwin in the Pacific. Drilling occurred in 1896, 1897 and 1898. 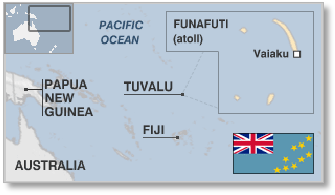 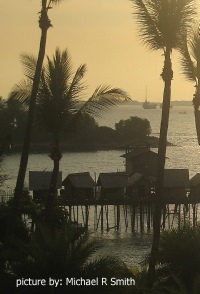 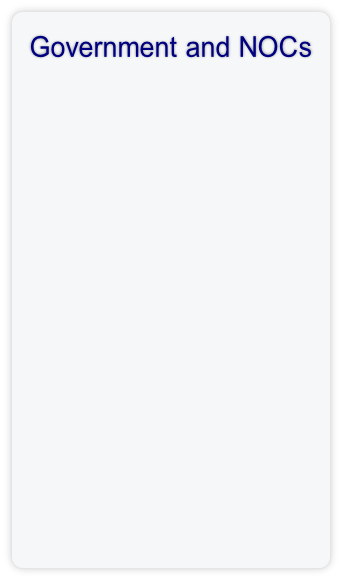 Tuvalu is a parliamentary representative democratic monarchy with the UK monarch as head of state.

The monarch is represented by the Governor-General appointed on the advice of the Prime Minister. The Prime Minister is head of government. Parliament is unicameral with 15 members elected for a 4-year term.

There is no department of government in Tuvalu specifically responsible for oil and gas resources.