Micronesians probably settled from neighbouring islands in the west around 2,000 BC. In 1526 Taongi was sighted by a Spanish explorer and in 1528 the islands were claimed for the Spanish East Indies. Visited by explorers and traders over the next 200 years, locals tried to repel landings and many died of European diseases.

British explorer John Marshall visited in 1788. In 1857 missionaries began to settle and in 1874 the islands were recognised as owned by Spain but were sold to Germany in 1884 as part of German New Guinea.

In 1914 Japan took them over and, after World War 1, they became part of the South Pacific Mandate and Japan’s most easterly base. In 1944 the USA expelled Japan, consolidating them into the Trust Territory of the Pacific Islands after World War 2. Up to 1958 some islands were sites of nuclear tests.

Self-rule was achieved in 1979 and full independence in 1986. The island’s economy is service-based but is dependent on aid from the USA and fishing. They suffer from drought and floods and the government campaigns against climate change.

The Marshall Islands are a collection of 29 atolls and 5 isolated volcanic islands in Micronesia forming 2 chains, the Ratak (sunrise) and the Ralik (sunset).

The chains are parallel groups, running northwest to southeast and covering 1.9 mm sq kms of the Pacific ocean.  The Marshall Islands also claim Wake Island (administered by the USA) and referred to as Enen-kio. The islands are very low-lying with an average altitude of just 2.1m.

Mostly made up of coral sands and reefs growing on Pacific oceanic crust, the geology is not suitable for the generation and accumulation of commercial volumes of oil and gas and the Marshall Islands have no indigenous oil or gas resources, either onshore or offshore. Globalshift believes they are very unlikely to achieve any production in the future. No exploration wells have ever been drilled in the country.

The islands, despite their small size, run the third largest global flag of convenience registry in terms of shipping tonnage after Panama and Liberia. They are also keen adopters of renewable energy , primarily coconut oil and solar power. 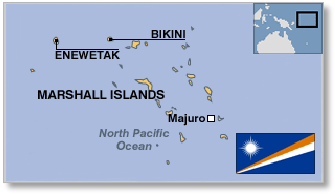 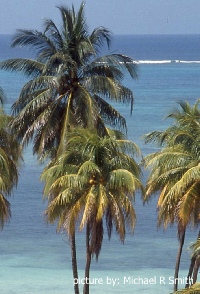 Trees and the sea 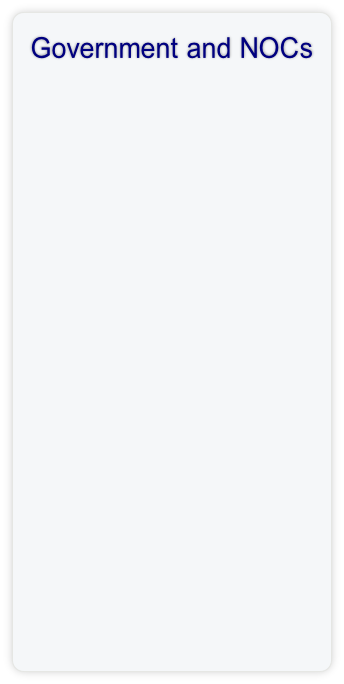 The Marshall Islands operate under a parliamentary-presidential system with 24 constituencies electing 33 senators to the lower house (Nitijela) of the unicameral legislature.

The President is head of state, elected by the senators, who appoints a cabinet of 10 ministers. A Compact of Free Association exists with the USA.

There is no department of government in the Marshall Islands specifically responsible for oil and gas resources.