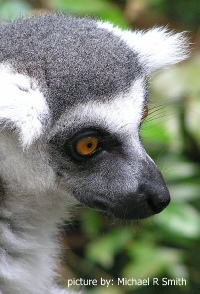 Madagascar (the Republic of Madagascar), formerly the Malagasy Republic, is an island in the Indian Ocean. The Mozambique Channel forms its west coast. Reunion and Mauritius lie to the east, and the Comoros and Mayotte to the north.

Settlement only began in 350 BC by Austronesians from Borneo who traded with Arabs from the 7th century. Bantus migrated from Africa in 1000 AD, transforming the forested highlands to grassland.

Europeans sighted the island in 1500 and France built trading posts in the late 16th century. It became a centre of piracy and slaving until 1793 when the highland kingdom of Imerina expanded, taking full control by 1828 and rapidly modernising.

In 1883 France invaded and a French colony was then established with forced imposition of French culture. During World War 2 it was ruled by Vichy France.

Uprisings from 1947 led to independence in 1960 as the Malagasy Republic (to 1975). It remained a puppet of France and the people were suppressed until the government was overthrown in 1972.

The new military leaders aligned with the USSR and the economy collapsed. Reforms in the 1980s led to recovery until an uprising in 2009. Elections in 2014 restored democracy but most of the population remain poor.

The breakup of Gondwana separated Madagascar–Antarctica–India  from Africa–South America around 135 million years ago in the Early Cretaceous. Madagascar later split from India in the Late Cretaceous and the flora and fauna evolved in isolation. Over 90% of its wildlife is found nowhere else.

Along the east coast a narrow escarpment lies above a lowland forest. To the west is a plateau ranging up 1,500m with peaks rising from 3 highland massifs. At 2,876m Maromokotro is the highest point. Most of the central highlands are grassy hills, rice terraces in the valleys, and patches of surviving forest. West of the highlands the land gradually slopes down to the Mozambique Channel.

Production of small volumes of heavy oil from the Tsimiroro field in the north of Madagascar began in 2008 using a cyclic steam simulation process. However, the full pilot steamflood project was delayed owing to political unrest in the country.

Output from this field, and in future from the currently non-commercial Bemolanga oil sands nearby, is expected by Globalshift to turn Madagascar into an oil exporter over the long term. Other onshore locations are also being evaluated as well as the offshore part of the Morondava Basin where heavy oil is present.

In view of successes in neighbouring Mozambique there is potential for offshore production of gas in the northern Mozambique Channel although as yet none has been forecast by Globalshift. 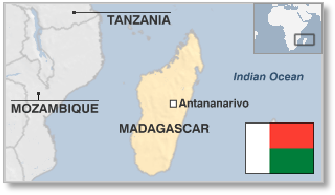 Madagascar is a semi-presidential republic. The elected president is head of state and selects a prime minister who recommends candidates to form a cabinet.

Parliament is bicameral with a 33-member Senate and 127-member National Assembly although practically they have very little legislative power.

The oil and gas industry is overseen by the Ministry of Mining and Petroleum through the Office of National Mining and Strategic Resources (OMNIS). OMNIS is the state-owned agency responsible for managing and promoting petroleum and mineral resources.

Madagascar Oil is the main independent company focused on exploration, development and production in 5 onshore blocks.