Libya (the State of Libya), of Tripolitania and Fezzan in the west and Cyrenaica in the east, borders the Mediterranean Sea (north), Egypt (east), Sudan, Chad and Niger (south), and Algeria and Tunisia (west).

People on the coast from 8000 BC were replaced by Berbers after 1000 BC, ruled by the Greek, Persian and Egyptian empires and then Rome from 74 BC. In the 5th century the region was occupied by Vandals before being ruled by a series of Arab dynasties.

In 1510 Spain took Tripoli, giving it to the Knights of St John. The Ottomans invaded in 1551, eventually controlling all of Libya. From 1711 Karamanlis Turks ruled in Tripolitania and piracy in the region led to two, so-called, Barbary Wars with the USA. In 1835 the Ottomans returned to restore order.

In 1911 Italy took over creating colonies of Cyrenaica and Tripolitania in 1927, which became Libya in 1934. After World War 2 the UK and France administered together until the country was given independence as a monarchy in 1951.

Now rich from oil, a military coup in 1969 led to Muammar Gaddafi taking absolute power until the Civil War of 2011 when rebels overthrew his government. Since then Libya has been unstable with 2 governments (in Tobruk and Tripoli) plus parts controlled by Islamist and tribal militias. Human traffickers use Libya as a refugee route to Europe.

Libya is predominantly overlain by desert, covering around 90% of the land area. In the Libyan Desert rainfall is rare and temperatures are extreme although, with the discovery of oil in the 1950s, a massive water aquifer was located underneath much of the country. There are also a few scattered oases in the depressions.

The terrain is generally flat with scarps interrupted by a series of plateaus and massifs near the centre of the desert in the southeast. Further to the south are granitic massifs. Eastern Uweinat is the highest point; a raised sandstone plateau adjacent to granite further west. The plain to the north of Uweinat is dotted with eroded volcanic features.

Libya began producing oil in 1961 from the Sirte Basin, which extended to the Ghadames and Murzuk Basins in the 1990s. Output grew rapidly but collapsed just as fast in the 1970s after nationalisation. Investment declined and the country began to restrict exports after joining OPEC. Sanctions, the 2011 war, and internal unrest from 2014 have also led to steep dips in output.

Offshore production began in 1988 from an area adjacent to Tunisia. Deep waters offshore Sirte may have potential for both oil and gas.

Globalshift believes that there is room for growth in Libyan gas production which started in 1967 onshore and 2005 offshore. Most LNG is exported to Spain whilst the Western Libyan Gas project pipes gas to Italy. 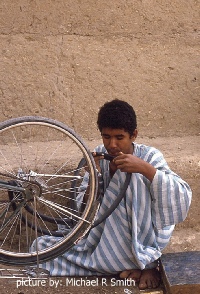 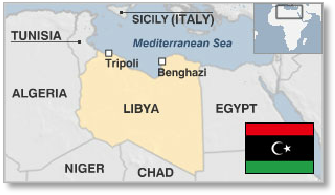 The former legislature of Libya was the General National Congress (GNC) which voted to replace itself in 2014 with the unicameral 200-member Council of Deputies which meets in Tobruk.

A largely unrecognised rival parliament in Tripoli claims to be the continuation of the GNC. An agreement to form a unified interim government was signed in 2015 in which a 9-member Presidency Council and a 17-member interim Government of National Accord would be formed.