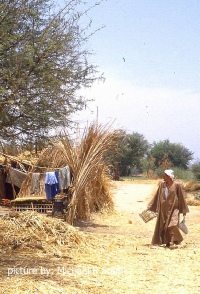 Niger was inhabited 5,000 years ago but climate change pushed people south until 500 BC when trans-Saharan trade by Berbers began. The Songhai empire dominated in the west from 600 to 1591 with the Mali empire competing from around 1230 up to 1600.

In the east the Kanem empire was present from the 9th century, becoming the kingdom of Bornu until 1900. Hausa kingdoms also flourished from the 14th to 19th century when they were conquered by the Fulani (Sokoto) empire.

European explorers arrived in the 19th century and France acquired Niger at the 1885 Berlin conference, sending expeditions to violently subjugate the locals. It became a French colony administered from Senegal in 1922 after all resistance had been eliminated.

Independence was finally achieved in 1960 followed by repeated changes in government. By 2009 the country had established a 6th republic followed by another military coup in 2010 and then a 7th republic.

Niger is landlocked and lies on the border between the Sahara and the Sub-Saharan region. The lowest point is the Niger River in the far west with an elevation of 200m and the highest point is Mont Idoukal-n-Taghès at 2,022m in the Aïr Mountains within the Sahara in the central north of the country.

Most of the country is overlain by desert, predominantly desert plains and sand dunes in the south and hills in the north. In the extreme south a tropical climate exists near the edges of the Niger River Basin. Lake Chad in the southeast corner is shared between Niger, Nigeria, Chad, and Cameroon.

Niger has only recently begun producing oil from fields being developed by a Chinese consortium. Discoveries  were made as far back as 1982 in the East Niger Graben, Agadem Block, north of Lake Chad. Output began from this block in 2011 with oil refined at Zinder in southern Niger.

Globalshift forecasts that oil production will increase steadily over the next decade. 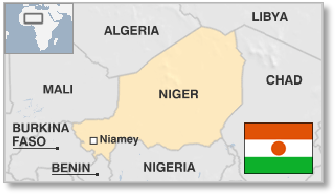 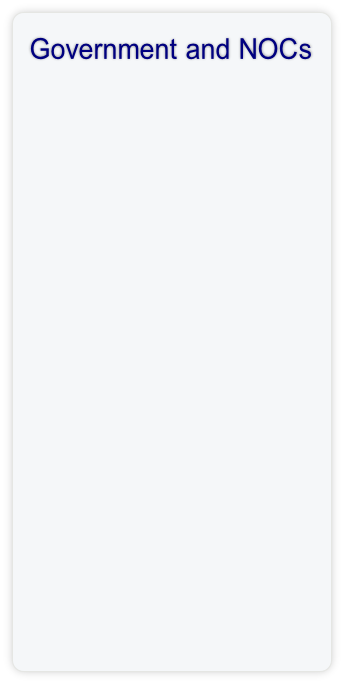 Niger's constitution was approved in 2010 restoring a semi-presidential system in which the president, elected for a 5-year term, and a prime minister named by the president share executive power.

The unicameral National Assembly was expanded in 2004 to 113 deputies elected for a 5-year term.

The oil and gas industry is overseen by the Ministry of Energy and Petroleum. SONIDEP (Société Nigérienne des Produits Pétroliers) is a state-owned company founded in 1977 responsible for importation, transportation, storage, refining and marketing of petroleum products.