Aug 2021: The Ministry of Petroleum and Energy report that BP exited offshore Block A1, one of two (A1 and A4) stripped from African Petroleum in 2017. BP failed to meet contractual obligations to drill an exploration well and paid a penalty. The A1 Block is now available for licensing.

Jan 2021: FAR aims to drill the offshore Bambo-1 commitment well in the second half of 2021 after preparations in the A2 block were curtailed in 2020. A new seismic dataset in the A2/A5 blocks has been incorporated with the Samo-1, Jammah-1 and Sangomar well data to reveal additional reservoirs.

Mar 2020: FAR Limited, operator of the A2 and A5 offshore blocks, will temporarily suspend its drilling plans for 2020 due to COVID-19.

May 2019: The Ministry of Petroleum & Energy announced licensing of Block A1 to BP. BP will carry out an environmental impact assessment and a 2-year period of deep water drilling and exploration. In 2016 discoveries were made in nearby Senegal. Blocks A1 and A4 were previously held by African Petroleum who are engaged in an arbitration process to reserve their rights to the Blocks.

Nov 2018: FAR’s offshore Samo-1 well has been plugged and abandoned as a dry hole after reaching a total depth of 3,240m. Interpretation of wireline logs suggests the main target horizons are water-bearing.

Feb 2018: FAR (operator, 80%) and Erin (20%) will drill the Samo offshore prospect in late 2018 within the A2 block on trend with the SNE discovery off Senegal. FAR’s A2 and A5 blocks overlie the Mauritania-Senegal-Guinea-Bissau-Conakry (MSGBC) basin in water depths from 50 to 1,500 m. The Samo well is the first to be drilled offshore The Gambia since Jammah-1 in 1979.

Mar 2017: FAR Limited will buy 80% and operatorship of Erin Energy’s offshore A2 and A5 blocks close to the SNE discovery off Senegal in the Mauritania-Senegal-Guinea-Bissau (MSGB) Basin. An exploration well will be drilled in late 2018.

Sep 2016: African Petroleum (operator, 100%) has signed a Letter of Intent (LOI) to farm out a share of Licenses A1 and A4, conditional on extension of the exploration periods of both licenses by at least 12 months. The company completed a 3D seismic survey of 2,500 sq kms and has found leads and prospects analogous to recent discoveries drilled by Cairn Energy in Senegal.

Sep 2015: Erin completed acquisition of a 3D seismic survey on the A2 and A5 blocks on trend with the FAN-1 and SNE-1 discoveries off Senegal. Erin must drill a well by the end of 2018.

Jul 2015: Polarcus commenced a 3D multi-client seismic survey across the Mauritania-Senegal-Guinea-Bissau Basin. It will cover an area of 1,500 sq kms off Gambia with data available in 2016.

May 2015: Erin Energy (operator, 100%) has approval to extend the exploration period for Blocks A2 and A5 by 2 years to December 2018. The work program includes  1 exploration well in either block. The blocks are on trend with the FAN-1 and SNE-1 oil discoveries off Senegal .

Nov 2014: African Petroleum (100%) has been reinstated as operator of the Alhamdulilah Licence Blocks A1 and A4. It has agreed to a revised initial exploration period that will expire on Sept 1, 2016 in return for a commitment to drill an exploration well on one of the Licences and reprocess 3D seismic on Licence Block A4.

Mar 2013: African Petroleum will drill the Alhamdullilah prospect offshore Gambia in 2013. The company has a 60% interest in Gambian blocks A1 and A4, in partnership with Buried Hill (40%). In Dec 2010 the acquisition of 2,500 sq kms of 3D seismic data over the blocks was completed. The well will be drilled to a TD of 6,300m in 2,300m  of water, targeting multiple reservoirs. 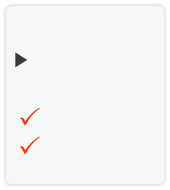