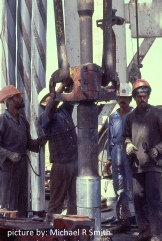 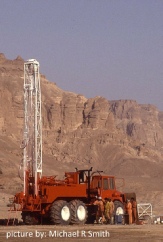 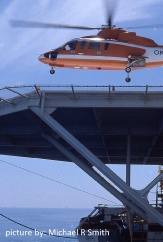 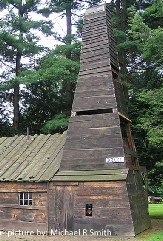 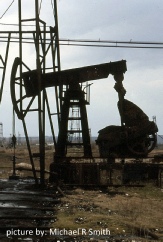 Nov 2020 update: Current highlights and beyond

COVID-19 - The short term spurt in energy demand growth from June has ceased as new waves of the novel coronavirus pandemic hit parts of the globe. There had been a significant decline in oil production and, to a lesser extent, gas production with all possible storage facilities, including ships, filled to capacity. Spending has declined significantly relative to 2019 and will pick up only slowly in 2021. Less activity in the transport sector, especially air travel, will lead to a long period of depressed output. Although oil price falls were initiated by the collapse of OPEC+ agreements, COVID-19 has had a much greater effect.

Climate change - The non-renewable energy industries, in particular sectors that produce, sell, and burn coal and oil, are responsible for increased carbon dioxide and other gases in the atmosphere. These lead to global warming and climate change. There is an urgent need for a shift in how the world supplies and uses energy. Visit our Energyshift and Climate Change pages for more information.

Oil and gas reserves and recoverable resources - By the end of 2019 the world had consumed around 1,556 bn bbls of fossil oil and 123 tcm of natural gas. Volumes remaining to be produced (to the year 2100) are estimated at 1,670 bn bbls and 342 tcm respectively. These numbers assume that, in the long term, production continues unchecked, only influenced by market forces and rational actions on the energy transition.

Sales gas production - At 3,987 bcm in 2019, global gas production is forecast to fall a little to 3,975 bcm in 2020, stabilise in 2021, then rise to a maximum of 6,141 bcm by 2040. This number is the ‘most likely scenario’, involving rapid global demand growth (for electricity), oil replacement strategies and an increasing role for LNG.

Oil prices - OPEC and its allies’ (OPEC+) strategy to maintain oil production rates below capacity, along with cuts in Libya (due to unrest), Venezuela (lack of investment and sanctions) and Iran (sanctions) with only a minor stock build, led to stability in OPEC capacity during 2019. But, with increased supply from the USA and from deep waters, Brent oil price decreased by 10% to an average of $64 in 2019. It was $71 in 2018.

At the beginning of 2020 Brent was projected to average $43 per bbl in 2020. From today’s standpoint, following a collapse of OPEC+, (and its later re-establishment) and repeated waves of COVID-19, this lower average price is unlikely to be reached.

Meanwhile a maximum inventory build and large supply surpluses has sparked a rapid reduction in oil supply from tight reservoirs in the USA, reductions from high and medium cost conventional oil elsewhere, more drastic restrictions from the reinstated OPEC+ agreement, and delays in new developments everywhere.

Lack of demand during and subsequent to lock-downs is a particular problem for landlocked US WTI prices. However, Brent crude can more easily be stored in tankers. Tanker rates rose in early April by 500% compared to 2019 and storage opportunities for the large part ran out. Companies ultimately had to keep oil in the reservoir, risking damage and expensive restarts.

Forecast oil prices - Although demand began increasing again in June and July 2020, this ceased in October and Globalshift now forecasts Brent to average $35 in 2020. Uncertainties and volatility this year are greater than ever in view of the potential for repeated COVID-19 peaks. European countries have resorted to full ockdowns once again even though new peaks are being identified locally, due to better testing strategies. Local lock-downs will be reintroduced in December, allowing demand to grow again.

A rise to around $46 for 2021 is predicted - a small increase only - with continued weak demand set against cuts in expenditure on exploration and on project sanctioning. A modest rise is also expected in 2022 but we believe steep oil price rises are likely to return by 2023 as new underground supplies once again become hard to find and overground storage is depleted.

Of course the short term future of oil and gas is very uncertain whilst the longer term future is likely to see considerable disruption as environmental issues become more urgent. The above forecasts are our best estimates of what might happen based on 4 significant assumptions:

Firstly - the main COVID-19 effect will last until the end of 2020. During 2021 global demand will slowly increase to reach pre-Covid levels by the start of 2022.

Secondly - OPEC+ will maintain flexible agreements on production curbs until the end of 2021 to support prices. In May 2020 they were nominally set at 9.7mm bbls per day, reducing to 7.7mm bbls per day from August to December.

Thirdly - production from tight reservoirs in the USA (and Canada and Argentina) will stay depressed due to low oil prices in 2020 and 2021 but will start to pick up again in 2022. Over the longer term USA tight reservoir production will begin to be constrained by availability of new areas to exploit. However, some other countries will begin producing oil and gas from these reservoirs in later years.

Fourthly -  medium term decline in output will primarily be led by supply and cost constraints. Demands to reduce carbon levels in the atmosphere will have a secondary effect in some areas but will lead to greater declines in the 2030s.

Responding to the Energyshift - All companies in the oil industry as well as governments, utilities, and other energy users must analyse the data before investing in the most appropriate strategies and equipment, in the right places. All companies must deal with volatile demand, environmental needs, and other human-induced disruptions in the market during the Energyshift. Follow the Energy Shift and Climate Change links.