Aug 2021: Oil Search confirmed that the Government and Esso, operator of PRL 3 (P’nyang field), announced their intention to re-engage in negotiations on the development of the P’nyang Gas fields.

Apr 2021: The Government has increased its demands from the Pasca A Gas Agreement, requiring a 6% Production Levy. Twinza (operator) argues the additional levy would make the Project unfinanceable. It had maintained its Pasca Project team and was planning an FID in 2022 and first production in 2025 but will now stand-down the team until terms are finalised.

May 2020: The National Executive Council has endorsed development of the Pasca A gas-condensate field in PPL 328 (APDL 14), Gulf of Papua. Operated by Twinza this allows the project to enter the FEED phase later in 2020. Pasca is a carbonate pinnacle reef drilled by a 4th well (Pasca A4(AD-1 appraisal) in early 2018. The current design for gas export is using FLNG.

May 2020: Acquisition of the PGS Painimaut 3D MultiClient program, gathering over 6,100 sq kms of seismic data is now complete.

Feb 2020: PGS will soon commence the Painimaut 3D MultiClient program. The survey will provide 3D data over held and vacant acreage in the offshore Papuan Basin with data over Phase 1 available at the end of April.

Feb 2020: The country has called off negotiations with ExxonMobil on the P’nyang gas project after disagreement about financial terms. The field was key to help feed the expansion of Exxon’s PNG LNG plant.

Jan 2020: The gas-fueled Port Moresby power station (a first for PNG) has been officially opened. Developed by NiuPower it uses gas supplied by the PNG LNG project to feed six gas engines and generators with a capacity to produce 58MW baseload power.

Jan 2020: Searcher Seismic announced the expansion of its offshore data library with the completion of the Gulf of Papua Prospectivity Study. The Gulf of Papua has 27 exploration wells and the study includes 77,910 km 2D seismic data, 1,795 sq kms 3D seismic reprocessing, plus airborne gravity, magnetic and gradiometry data and a Geochemical Study.

Sep 2019: The government has cleared the Papua LNG partners to go ahead following a review of the previously signed gas agreement. The next step in the integrated 3 LNG train development is finalization of the P’nyang gas agreement after which the PRL15, PRL3 and PNG LNG joint ventures can proceed into FEED.

Apr 2019: Total, ExxonMobil and Oil Search have signed a gas agreement for the Papua LNG Project allowing FEED leading to an FID in 2020. The project has 5.4 mmtpa capacity and will consist of 2 LNG trains using gas from the Elk and Antelope fields in the PRL15 permit.

Aug 2018: Santos (40%), Oil Search (operator, 45.1%) and NPCP Oil Company (14.9%) announced that the Barikewa-3 appraisal well, in petroleum permit PRL9, is a gas discovery within the Toro and Hedinia reservoirs. Barikewa is 10 kms from the PNG LNG gas pipeline.

Apr 2018: ExxonMobil restarted production from its LNG project, beginning exports a few days later. It was shut down following an earthquake in February. Exports will ramp up gradually.

Feb 2018: Oil Search, ExxonMobil and Total have broadly agreed on how to develop the Elk-Antelope and P’nyang gas fields. Three trains, with a total capacity of 8 mtpa, are proposed. Two will be dedicated to Elk-Antelope, with an additional expansion train underpinned by gas from existing fields and P’nyang. A decision on the FID phase is due in the second half of 2018.

Dec 2016: The Muruk 1 exploration well in PPL 402 encountered gas in the Toro formation. Muruk is close to PNG LNG infrastructure between the Hides and Juha gas fields. Participants are Oil Search (37.5%), Santos (20%), and ExxonMobil (operator, 42.5%).

Oct 2016: Rawson Resources has been awarded PPL 560 block in the offshore Cape Vogel Basin. The license covers 4,680 sq kms and has been awarded for a 6-year term with the first well commitment due in 2020. The block contains the large Buna gas prospect in shallow waters.

Oct 2016: The US$19 bn PNG LNG project, operated by ExxonMobil, achieved the highest quarterly production rate since it came onstream in 2014 despite a small reduction in gas flow in August. The project includes 700 kms of pipelines, a gas conditioning plant in Hides and an LNG plant near Port Moresby with a capacity of 6.9 mm tpa.

Aug 2015: InterOil said that well test data from the Elk-Antelope gas field shows that it can support a 2-train LNG project after the Antelope-5 well exceeded expectations. Total has assumed operatorship of the PRL15 joint venture developed as the Papua LNG project.

Sep 2014: The PNG government wants Total to construct a new LNG project using gas from the Elk and Antelope fields instead of using this gas to expand Exxon’s US$19 bn PNG LNG project. Total bought a 40% share in Elk/Antelope from InterOil however Oil Search, a partner in PNG LNG, says it holds the right to buy the stake.

Sep 2014: ExxonMobil, operator of the PNG LNG Project, has almost completed development drilling on the Hides gas field in PDL 1/7. Eight new production wells have been drilled with one rig now moving to the Angore field to drill two further PNG LNG Project production wells. The other rig will drill a Hides Deep exploration well.

Aug 2014: The 2 production wells for the Stanley gas-condensate project are ready for production with capacity to produce in excess of the capacity of the Stanley gas plant (1.45 bcm each year) and 4,000 bbls per day of condensate when onstream in late 2016. Talisman is operator with 40%, along with  Horizon (30%), Osaka Gas (20%) and Diamond Gas (10%).

May 2014: Talisman (operator, 25%), with Cott (40%), Kina (25% and Santos (10%) has received the LNG Concept Study for 2 discoveries in the Pandora gas field in PRL 38. The field, discovered in 1988, lies in the Gulf of Papua in water depths of 120m. Development will be with a smaller FLNG vessel over the field or a larger one near shore. First gas could be delivered within 3 years of award of a contract.

Apr 2014: ExxonMobil is on track to start exporting LNG by mid 2014 ahead of schedule and below its US$19 bn budget. ExxonMobil and partners, Oil Search, Santos and Nippon Oil, are looking to expand the plant but have yet to decide where to source the additional gas. They ideally want gas from the biggest undeveloped fields, Elk and Antelope, controlled by InterOil and Total.

Mar 2014: Cott Oil and Gas has announced that it has received an Expression of Interest (EOI) from Wison Offshore and Marine in supporting the development of the Pandora gas field in PRL-38 with a floating LNG. Cott has engaged Wison to prepare a Concept Study by the end of April 2014.

Dec 2013: InterOil has secured a deal to farm-out part of its Elk-Antelope fields to Total. Under the deal, Total will acquire a 61.3% stake in PRL 15 with the price depending on 3 appraisal wells and certification of Elk-Antelope, anticipated for completion in 2015. The transaction is expected to complete in the first quarter of 2014.

Oct 2013: Horizon Oil has made a gas-condensate discovery at Tingu-1 in PRL 21, Western Province. Pressures indicate that the hydrocarbons are connected to those in the Elevala field, 12 kms to the southeast. PRL 21 also includes the Ketu field. Horizon is carrying out front end engineering and design of Elevala and Ketu. Tingu will be incorporated in the development scope.

Aug 2013: Oil Search has spudded the Kidukidu-1 well in PPL 385 in the Gulf of Papua. The prospect lies 268 kms northwest of Port Moresby in a water depth of 98m. The objective is a submarine, basin-slope fan sandstone of Pleistocene age. Kidukidu 1 is the third and final well to be drilled in the Oil Search campaign, in which it owns 100%.

Jun 2013: Oil Search has made an oil find near its producing SE Mananda field in the Southern Highlands. The Mananda-6 well contained two separate columns, one of 18m in the Toro formation and the other 40m in the Imburu and Digimu formations. Oil Search owns 71.25% of Block PPL 219 with JX Nippon Oil (28.75%).

Feb 2013: The PNG LNG Project offshore pipeline is complete following tie-in to the onshore pipeline at Omati. The pipeline is 407 kms and connects to a 292 km onshore line from Hides. First gas is due in 2Q 2014. The project includes gas production, processing and liquefaction facilities. ExxonMobil is operator, with Oil Search, National Petroleum Company, Santos, JX Nippon and Petromin.

Sep 2012: Oil Search has extended PNG’s only gas sales agreement with the Porgera gold mine. Oil Search has been supplying 0.132 bcm of gas each year for 20 years from the Hides field to Porgera. PNG does not have a domestic gas market. The extension covers 1.6 bcm of gas (including NGLs). The Hides field will be the main feedstock for the PNG LNG project under construction. 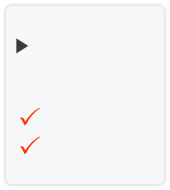