Australia (the Commonwealth of Australia) comprises the Australian continent, the island of Tasmania and numerous smaller islands in the Indian Ocean, Coral Sea and Southern Ocean.

Hunter-gatherers migrated to the continent around 45,000 years ago. It was visited by the Dutch in 1606 who did not settle. In 1770 Cook claimed it for the UK which established penal colonies in New South Wales from 1788. The last convicts arrived in 1848.

The six colonies managed affairs while still part of the British Empire but, in 1901, they federated. The Federal Capital Territory (ACT) was then formed in 1911 to house the capital in Canberra but the birth of the nation proper is now recognised as defeat of the ANZACs at Gallipoli in World War 1. Britain had ended most constitutional links by 1942.

After World War 2 the country encouraged immigration from Europe and, later, from Asia. The Australia Act of 1986 severed all ties with the UK but voters rejected a proposal for the country to become a republic. Australia’s economy is strong, focused on mining, energy and services.

Australia' is part of the Indo-Australian Plate. It is separated from Asia by the Arafura and Timor Seas. The Coral Sea lies off the Queensland coast and the Tasman Sea between Australia and New Zealand. The Great Barrier Reef, the world's largest reef, is off the northeast coast, extending over 2,000 kms.

Australia has a variety of landscapes, with tropical rainforests in the northeast, mountain ranges in the southeast, southwest and east, and desert in the centre (known as the outback).

The landscapes of the north include rainforest and desert including in the northwest sandstone cliffs of The Kimberley and Pilbara. To the south of these lie more areas of grassland. In the middle of the country are uplands including Uluru (Ayers Rock), and inland  deserts. The arid Nullarbor Plain lies on the southern coast.

Oil production began onshore in 1924 in Victoria, in a small part of the Gippsland Basin. However, most onshore oil and gas comes from the Bowen/Surat and Cooper/Eromanga Basins in Queensland and South Australia, including methane deposits associated with coal.

The offshore part of the Gippsland Basin became the country’s main producing area when output from here began in 1969. It has been taken over by production from the shallow and deep water basins of the NW Shelf in Western Australia and Northern Territory where oil, NGLs and, in particular, gas have growing contributions. Gas fields serve a broadening indigenous pipeline market and a rapidly expanding LNG export capacity.

Although there a number of other areas of potential growth, Globalshift expects the North West Shelf region to be where Australian investment will be concentrated in the future. 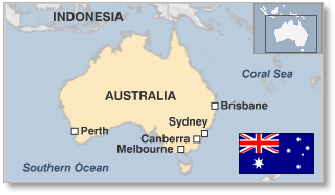 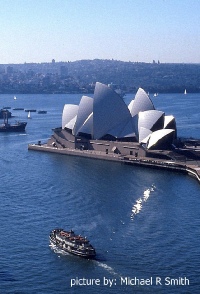 Australia is a federal parliamentary monarchy with the UK monarch as head of state represented by a Governor-General. The executive consists of the Federal Executive Council which gives legal effect to decisions of the cabinet, comprising the prime minister and ministers of state.

The Department of Environment and Energy is responsible for Australia’s overall policies on oil and gas exploitation.