Celtic tribes evolved from early settlers who were ruled by Rome from 43 AD, replaced by Anglo-Saxons after 500. England unified as a kingdom in the 10th century but in 1066 Normans invaded bringing monarchs who claimed French lands. Wales was annexed in 1542 and Scotland became a kingdom in 1603.

In 1642 the English Civil War led to temporary overthrow of the monarchy. Its return in 1660 presaged scientific discovery and empire building and in 1707 the UK came into being by Act of Union. With victory over the French in 1815 the Industrial Revolution began and the UK emerged as a forward thinking power, banning slavery and favouring free trade and democracy.

The huge cost of World War 1 marked the beginning of decline. In 1922 most of Ireland seceded and in 1939 the UK entered World War 2 after the Nazis invaded Poland.

Once again the country was severely economically weakened. The economy had to be reformed and the empire given independence. Slowdown returned in the 1970s but deregulation, which has been copied worldwide, helped by the discovery of oil, eventually led to sustained economic growth.

The UK occupies the major part of the British Isles archipelago and includes the island of Great Britain, the northeastern part of the island of Ireland and some smaller surrounding islands. It is connected to continental Europe by the Channel Tunnel which, at 50 kms, is the longest underwater tunnel in the world.

Most of England consists of lowlands with low mountains in the north and southwest. Scotland, including nearly 800 islands, comprises lowlands to the south and east and Highlands to the north and west, separated by the Highland Boundary Fault. Ben Nevis, at 1,343m, is the highest point in Britain.

Wales is mostly mountainous, especially in the north and Northern Ireland consists of low hills with Lough Neagh in its centre the largest lake in Britain.

Nearly all of the UK’s oil and gas comes from the North Sea, mostly off Scotland. The country began producing offshore gas in 1967 and oil in 1975. The Southern North Sea in England is a gas province whilst the rest of the North Sea contains both oil and gas fields.

Modest gas volumes are also present in the Irish Sea and some newer and deeper water fields are being exploited in the Atlantic, west of the Shetland Islands.

Production of oil peaked in 1999 and Globalshift expects that offshore output will continue to decline with brief reversals as new fields come onstream.

Similarly gas production peaked in 2000. Decline rates are being reduced by the application of marginal technologies and lower tax takes but few new discoveries of any size are being made.

Although there is little chance of regaining past production levels there are significant opportunities for onshore shale oil and gas. However constraints on drilling continue to prevent full evaluation, let alone commercial production of this oil and gas. 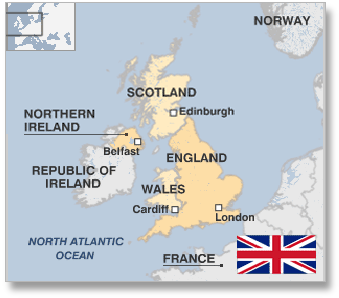 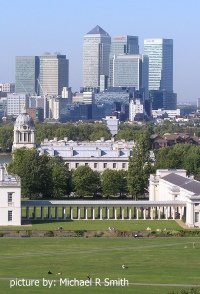 The UK is a monarchy but the monarch has consultative powers only. Parliament is bicameral with an elected 650-member House of Commons and an appointed House of Lords.

The prime minister is head of government and chooses a cabinet. Scotland, Wales and Northern Ireland have devolved administrations. The UK joined the EEC in 1973 and the EU in 1993. In a referendum in 2016 27% of the population (52% of the electorate that voted) voted to leave the EU and the country left at the end of January 2020.

The Department of Business, Energy and Industrial Strategy oversees the oil and gas industry, replacing the Department of Energy and Climate Change in 2016. The Oil and Gas Authority (OGA) is an independent government company and has regulatory powers.

The British National Oil Corporation (BNOC) was created in 1975, transferred to Britoil in 1982 and privatised before bought by BP in 1988.

BP was the Anglo-Persian Oil Company, founded in 1908 as a subsidiary of Burmah Oil. In 1935 it became the Anglo-Iranian Oil Company and in 1954 British Petroleum. The government privatised it between 1979 and 1987. It merged with Amoco in 1998 and acquired ARCO and Burmah Castrol in 2000.