Ireland (the Republic of Ireland) lies to the west of Great Britain across the Irish Sea. It borders Northern Ireland (part of the UK) in the north, and the Atlantic Ocean and Celtic Sea to the west and south.

Humans have lived in Ireland since 10,000 BC. Rival Celtic tribes began to unify in the 7th century whilst Vikings established coastal settlements. Normans arrived in 1169, establishing loose English rule.

In the 16th century a religious divide emerged which led to the Act of Union in 1801 between the Irish Parliament and Britain. The island was wholly dependent on agriculture, such that emigration and famine, following a widespread potato blight, led to a steep drop in population.

Independence campaigns began in 1870, opposed by Protestant Unionists. Home rule was eventually agreed in 1914 but the process was suspended during World War 1. Irish volunteers fought with Britain but a rebel Catholic group, taking advantage of the chaos of World War 1, began a bloody insurrection known as the 1916 Easter Rising.

In 1919, after the war, Ireland declared independence, recognised in an Anglo-Irish treaty of 1922 at which time Northern Ireland elected to remain British. A civil war followed independence and the Irish Free State, supported by the UK, was victorious. Ireland avoided choosing a side in World War 2 by declaring neutrality and became a republic in 1949.

In the 1980s with EU support the country saw rapid economic growth , cut short by the financial crisis in 2008. It has since recovered.

Ireland covers most of the island of Ireland with the 6 counties of Northern Ireland (part of the UK) constituting the remainder in the northeast.

The west side of the country is rugged cliffs and mountains with numerous islands, peninsulas, headlands and bays. The highest point is Carrauntoohil at 1,038m in the Macgillycuddy's Reeks mountain range in the southwest. The central lowlands are covered with glacial deposits of clay and sand and areas of peat bog. Agriculture accounts for about 64% of the total land area.

The country began producing gas from the Kinsale Head field in the Celtic Sea Graben south of Cork in 1978. This field, along with smaller discoveries, is now almost depleted. However output is recovering as gas is now produced from the repeatedly delayed Corrib field in the Northwest Offshore (Slyne Trough) off NW Ireland which came onstream in 2015.

The country has no oil production apart from modest volumes of NGLs and it has no oil or gas prospects onshore. Small, as yet undeveloped, offshore oil accumulations have been found in the Celtic Sea Graben. Appraisal of the Barryroe discovery has identified significant oil potential in this field which may be commercially producible in coming years. With NGLs from Corrib, and other exploration programs active elsewhere in deep waters of the Atlantic, Globalshift forecasts some oil output from Ireland in the medium term.

Rapid growth in the Irish economy led to increasing oil consumption and imports of gas from the UK up to 2008 but consumption growth has now levelled off. 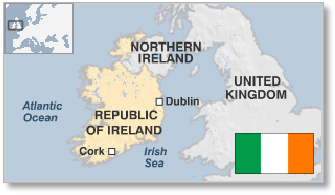 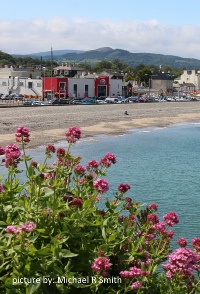 Ireland has a parliamentary system of government. The Oireachtas is the bicameral national parliament composed of the President and the 60-member Seanad Éireann (Senate) and elected 158-member Dáil Éireann (House of Representatives).

The largely ceremonial President is head of state elected for a 7-year term.

The Taoiseach (Prime Minister) is head of government nominated by the Dáil and appointed by the president.

Ireland has been a member state of the European Union since 1973 and has been in the Eurozone since 1999.

The Department of Communications, Energy and Natural Resources is responsible for the oil and gas industry in Ireland.