Jan 2021: KrisEnergy announced the relinquishment of block SS-11 in the Bay of Bengal and termination of the PSC. The SS-11 asset has been fully written off.

Dec 2019: Summit LNG terminal off the island of Moheshkhali in Cox’s Bazar has received its first Yamal LNG cargo. Novatek sold the cargo via Total through its long-term offtake agreement. Bangladesh started importing LNG in 2018.

Aug 2018: Excelerate Energy and Petrobangla have completed commissioning of the offshore Moheshkhali Floating LNG (MLNG) terminal. It is the country’s first LNG import facility and has begun delivering natural gas to the Chittagong region of Bangladesh.

Oct 2017: Chevron will not sell its 3 subsidiaries as planned to Himalaya Energy and will continue to work with Petrobangla and the Government. The company will now invest US$400 mm at Bibiyana, Bangladesh’s largest gas field which produces nearly 13 bcm a year.

Apr 2017: Chevron has entered into an agreement to sell the shares of its wholly-owned subsidiaries operating in Bangladesh to Himalaya Energy. Chevron operates Block 12 (Bibiyana Field) and Blocks 13 and 14 (Jalalabad and Moulavi Bazar fields).

Mar 2017: A PSC has been signed by Posco Daewoo for exploration of deep waters Block-12. Tenders for Blocks-12, -16 and -21 were offered in February 2016. The initial exploration phase is 5 years over an area of 3,560 sq kms and involves 2D and 3D seismic surveys followed by drilling from year 4.

Oct 2016: Chevron is seeking US$2 bn from sale of its 3 operated fields (Bibiyana, Jalalabad and Moulavi Bazar) which produce gas and condensate. In 2014 the Bibiyana Expansion Project, involving 2 gas-processing trains, new wells and an enhanced liquids recovery facility, began operations.

Oct 2016: Petrobangla has invited expressions of interest (EOIs) from International Oil Companies (IOCs) for oil & gas exploration & development in Bangladesh Deep Sea Blocks DS-10 and DS-11 and Shallow Sea Block SS-10. The government will purchase oil and gas in the Bay of Bengal at a price to be quoted by the IOCs in bids.

Jun 2016: Bapex plans offshore drilling for the first time after signing a deal with Santos to drill an appraisal well in Block 16 at the Magnama structure in the Bay of Bengal in 2017. Santos will retain 51% and Bapex will gain 49%. The Magnama-1 prospect was drilled in 2007.

Apr 2016: Petrobangla has signed a deal with Excelerate Energy for the delivery of Bangladesh’s first LNG import terminal. First imports could start in 2018. The facility will have a regasification capacity of 5 bcm each year and will include a subsea buoy system anchoring the FSRU.

Dec 2015: Chevron has started producing gas from two new wells in the Jalalabad field in Sylhet following a drilling campaign began in November 2014. Discovered in 1989, the Jalalabad gas field came onstream in 1999.

Oct 2014: Chevron (99%) commenced gas production from the onshore Bibiyana Expansion Project in the northeast, boosting capacity by around 3bcm a year along with condensates (from 2015) rising by 4,000 bbls per day. Chevron will spend US$500 mm on the field.

Oct 2013: Petrobangla re-invited bids for 3 deep water blocks with revised terms, originally offered under the Bangladesh Offshore Licensing Round 2012. No bids were placed for these blocks. The blocks are DS-12, DS-16 and DS-21. Bids have to be submitted to Petrobangla by 12 Jan 2014.

Sep 2013: Bangladesh's only offshore gas field, Sangu, has been abandoned. The offshore platform, processing plant and pipelines will be given to Petrobangla by the operator, Santos.  Cairn started production in 1996 with Santos acquiring it in 2010. Early abandonment was required as the reserves estimates were found to be wrong leading to sharp fall in output.

May 2013: PetroBangla launched Offshore Licensing Round 2012 in December 2012, inviting bids for 12 blocks in the Bay of Bengal; 9 in shallow-waters and 3 in deep-waters. Submission of bids closed in April 2013 attracting just two bids for 3 shallow water blocks. ONGC Videsh submitted a bid for blocks SS-04 and SS-09. ConocoPhillips submitted a bid for block SS-07. The blocks are to be awarded by July 2013. The lack of bids for deep-water blocks has led to a re-offer with revised PSC guidelines.

Apr 2013: Tullow has sold its 30% operated interest in onshore Block 9 in the Bengal basin to Kris Energy for US$42.35 mm. Block 9 includes the Bangora gas producing facility and the Lalmai discovery. Niko Resources will continue to hold a 60% with the remaining 10% held by Bangladesh Petroleum Exploration & Production Company.

Sep 2012: The government plans to launch an offshore bidding round in October offering 12 gas blocks, 9 in shallow water and 3 in deep water, in the Bay of Bengal. This is the 4th round following those in 2008, 2001 and 1997. The government increased the tariff rate for gas to encourage entrants. Only undisputed areas will be included with two discovered gas fields (Kutubia and Teknaf) needing special terms. Export of gas will be prohibited and the closing date may be Feb 2013. 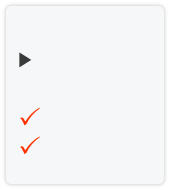