Bangladesh (the People's Republic of Bangladesh) lies at the top of the Bay of Bengal, surrounded by India and bordering Myanmar (east). It is separated from Nepal and Bhutan by the narrow Siliguri Corridor.

Migrants from Asia lived in Bengal for over 20,000 years with urban settlements developing from 500 BC. Ruled by the Mauryan (300 BC) and Gupta (320 AD) empires, it divided into kingdoms after 520. As a transit point to China, Islam arrived in 1000 and it was ruled by the Delhi Sultanate from 1204 and as an independent Bengal Sultanate from 1352.

From 1608 the Mughal Empire took over this now prosperous region and it was run from 1717 by the local Nawab principality until the UK invaded and set up the Bengal Presidency in 1765, run from Calcutta.

After 1857 rebellions against British rule culminated in partition in 1905 into East Bengal and Assam. The Muslim League, formed in 1906, sought Indian independence but opted for separate Muslim states in 1940. Thus in 1947 the Dominion of Pakistan was created.

Renamed East Pakistan in 1955, discrimination led to the 1971 Liberation War and Bangladesh seceded as a new republic. The country remains poor but has natural resources and a large textile industry. It faces the challenges of an unstable political and religious extremism as well as persistent flooding.

Bangladesh has 3 geographic regions. The northwest and central part comprise the Madhupur and Barind plateaus whilst the northeast and southeast consist of forested hill ranges.

However, the country is dominated by the Ganges delta formed by the confluence of the Ganges, Brahmaputra and Meghna rivers and their tributaries flowing into the Bay of Bengal. The alluvial soil has created fertile plains which are prone to flooding. In fact most parts of Bangladesh are less than 12 m above sea level and it is estimated that about 10% of the land would be flooded if the sea rose just 1 metre.

Bangladesh produces substantial quantities of gas. Marketing of gas began in 1960 with many fields subsequently onstream across the country producing from reservoirs within the Bengal Delta.

Offshore gas production began in 1998 from the Sangu field in the Bay of Bengal however this was abandoned in 2013. Globalshift expects that there are remaining opportunities for new output, particularly in deep waters. Deep water gas fields across the border in India have been developed. Bangladesh has an expanding gas market and insufficient resources to meet it. 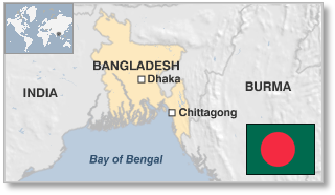 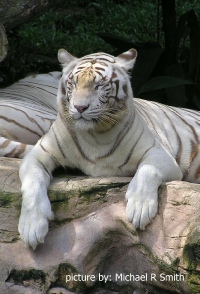 Bangladesh is a multi-party parliamentary representative democracy. The President, elected by parliament for a 5-year term, is head of state with ceremonial duties only.

Appointed by the President, the Prime Minister is head of government and leader of the Cabinet. The unicameral Parliament comprises the 350-seat elected Jatiyo Sangshad headed by a Speaker, second in line to the presidency.

The Bangladesh Petroleum Corporation (BPC), established in 1976  is the NOC which supervises, co-ordinates and controls all activities related to oil and gas.