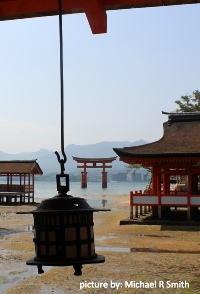 Japan (the State of Japan) is an island country west of the Pacific Ocean and east of the Sea of Japan, the East China Sea, China, North Korea, South Korea and Russia.

Civilisations from before 500 BC had acquired, by 710 AD, a Buddhist Japanese culture (called Nara) and an Imperial Court. From 1185 Japan was ruled by Shoguns (samurai) in the name of an Emperor.

In the 16th century traders and missionaries arrived from Portugal. The weapons they introduced allowed the Shogunate to increase its power until, in 1603, the isolationist Edo period began. This ended in 1854 when the USA forced Japan to open its borders, culminating in the 1868 Boshin civil war and the Meiji Restoration.

The new Empire became an industrial power intent on expansion, winning wars against both China in 1895 and Russia in 1905. After World War 1 the Japanese invaded Manchuria (in 1931), the rest of China (in 1937) and most of Asia (from 1941). They were soon defeated following Allied victories in the Pacific, Soviet invasion of Manchuria, and the dropping of 2 atomic bombs on Hiroshima and Nagasaki in 1945.

Japan then adopted a new liberal constitution in 1947 with Allied occupation finally ending in 1952. The country went on to achieve rapid economic growth and, despite recession in the 1990s, it still has one of the world's largest economies.

Japan is a volcanic archipelago of 6,852 islands. The four largest are, from north to south, Hokkaido, Honshu, Shikoku and Kyushu, which make up about 97% of the land area. The Ryukyu Islands, which include Okinawa, are a chain south of Kyushu. Around three quarters of Japan is forested and mountainous and the population is concentrated in dense coastal areas.

The Boso Triple Junction is formed where the North American Plate, the Pacific Plate and the Philippine Sea Plate meet. Japan was originally attached to the eastern coast of the Eurasian continent but subduction processes opened the Sea of Japan in the Miocene. Destructive earthquakes, often resulting in tsunami, occur several times each century.

Japan began producing oil in 1874 from the northwest of Honshu and produced its first offshore oil in 1959. Although a number of fields still produce in Honshu and Hokkaido, output has never been substantial with basins disrupted by activity along the subduction zone. Although gas exploration has been more promising with marketed production from 1933, opportunities are also limited and Globalshift does not forecast growth.

Japan has been active in the search for alternative energy sources such as gas hydrates and is an importer of LNG. It has decreasing in oil consumption as industry has contracted but has seen steady gas consumption growth imported as LNG.

Its extensive network of nuclear power stations was disrupted by the 2011 tsunami in Fukushima which led to a surge in gas imports. However the long term trend for economic growth has been sluggish and will continue to be so. 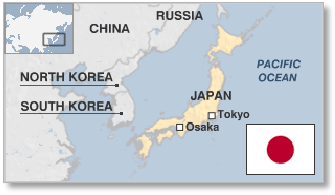 Japan is a constitutional monarchy with the Emperor a ceremonial figurehead (the symbol of the State and of the unity of the people). Power is held chiefly by the Prime Minister and elected members of the National Diet, Japan's legislative organ.

The Prime Minister is appointed by the Emperor after being designated by the Diet from among its members. The Diet is bicameral comprising a 480-seat House of Representatives and a 242-seat House of Councillors.

The oil and gas industry is overseen by the Ministry of Economy, Trade and Industry. The Japan Petroleum Development Corporation (JPDC) was created in 1967, changing its name in 1978 to the Japan National Oil Corporation (JNOC).

In 1963 the Metallic Minerals Exploration Financing Agency was established which integrated to form Japan Oil, Gas and Metals National Corporation (JOGMEC) in 2004.

Japan Petroleum Exploration Co (JAPEX) was founded in 1955. It was established as a private company in 1970 and listed in 2003.