Russia (the Russian Federation) spans Asia and Eastern Europe, bordering 8 European countries and 6 Asian ones. It abuts the Arctic and Pacific Oceans, and the Black, Caspian and Baltic Seas.

Greece and Rome brought civilization to Russia before Slavs arrived in 300 AD. Kievan Rus arose in 900 AD, breaking up in 1240 as people moved north to escape Turkish and Mongol incursions. The Novgorod Republic was then established, later absorbed by the Grand Duchy of Moscow which defeated the Mongol-Tatars in 1380.

From 1547 Ivan the Terrible won territorial wars before the Romanovs took power in 1613. Russia was proclaimed an Empire in 1721, annexing parts of Europe and huge tracts of Asia, then consolidated after the defeat of Napoleon in 1812.

Despite some social reforms the Russian Revolution broke out in 1917 during World War 1. Lenin’s communists prevailed and the 15-republic Soviet Union (USSR) was created, ruthlessly transformed by Stalin into an industrial power.

In World War 2 defeat of Germany allowed the USSR to occupy areas of Europe leading to a ‘Cold War’ with the west. Financial pressures led to Soviet collapse in 1991 and Russia became the sole successor state.

Higher oil prices helped the economy recover but authoritarian rule, with scant regard for international law, has returned.

Russia is the largest country in the world spanning 9 time zones. Most consists of vast stretches of plains that are predominantly steppe to the south and heavily forested to the north with tundra along the northern coast.

Mountain ranges lie along the southern borders including the Caucasus Mountains containing Mount Elbrus, at 5,642m the highest point in Europe, the Altai Mountains of Siberia and the Verkhoyansk Range and volcanoes of Kamchatka Peninsula in the Far East. The Ural Mountains is a north-south range dividing Europe and Asia.

It has an extensive coastline along the Arctic and Pacific Oceans (Barents Sea, White Sea, Kara Sea, Laptev Sea, East Siberian Sea, Chukchi Sea, Bering Sea, Sea of Okhotsk and Sea of Japan), as well as along the Baltic Sea, Sea of Azov, Black Sea and Caspian Sea. Major islands and archipelagos include Novaya Zemlya, the Franz Josef Land, the Severnaya Zemlya, the New Siberian Islands, Wrangel Island, the Kuril Islands, and Sakhalin.

The country has been a significant oil producer since 1871. Output began in the Caucasus  area, moving to sedimentary basins west of the Urals and then into West and East Siberia. Oil has also been produced in the Baltic Basin in Kaliningrad and on Sakhalin in the Far East.

Production reached a peak in 1987, after which decline was driven by lack of investment as the Soviet Union collapsed. Production began to recover after 1998, helped by new oil from East Siberia, and in the Caspian Sea and off Sakhalin Island. There remains significant potential in the Arctic, especially offshore and the country probably has very large shale oil reserves however Globalshift does not expect any further significant growth in output.

Russia has huge gas reserves and output is due to grow, especially in the Arctic and East Siberia. However, progress is slow with vast projects on the Yamal Peninsula subject to repeated delays. 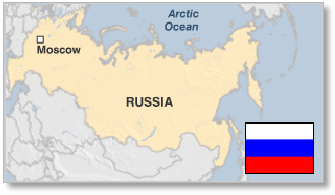 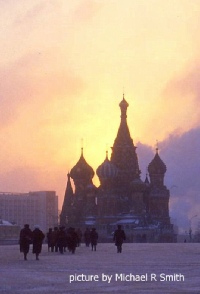 Russia is a federation and presidential republic with the elected President as a powerful head of state and the Prime Minister as head of government.

The bicameral Federal Assembly of Russia comprises a 450-member State Duma and a 166-member Federation Council.

The Ministry of Energy of the Russian Federation (Minenergo) is responsible for policy and regulation in the oil and gas sector and provides services and manages state property in the production and use of energy resources.

Gazprom, founded in 1989 when the Soviet Ministry of Gas was converted to a corporation, dominates production, transport, and sale of gas. The Government holds a majority stake.

Rosneft is an oil company established in 1993 with assets previously held by Rosneftegaz, the successor to the Ministry of Oil and Gas. It is also majority owned by the Government and acquired the assets of Yukos and TNK-BP.

Lukoil is another very large oil company formed in 1991 when 3 state-run, western Siberian companies merged. It was the first company to begin offering shares of stock on the new Russian Trading System, in 1994.