Greece (the Hellenic Republic) is on the south of the Balkans bordered by Albania, Macedonia and Bulgaria (north), Turkey and the Aegean Sea (east), the Mediterranean Sea (south) and the Ionian Sea (west).

Early humans evolved into civilizations in the Cyclades in 3200 BC, followed by the Minoans in Crete and the Mycenaeans on the mainland. In 776 BC kingdoms emerged that together defeated Persia, creating classical Greek culture. Alexander the Great went on to conquer much of the ancient world.

After his death in 323 BC the empire split and in 146 BC Greece was annexed by Rome, which was re-established as the Byzantine Empire in the 9th century. From 1400 the country fell to the Ottomans who had taken control of almost all of Greece by 1460.

As Greek merchants gained power the country embarked on a war of independence in 1821 against the Ottomans (allied to Egypt) supported by Western powers and Russia. This was finally achieved in 1830 and by 1913 Greek territory had doubled with refugees from Asia Minor hugely expanding the population.

In World War 2 Greece fell to the Nazis. The country rejected communism after the war and a democracy replaced dictatorship in 1974. Accession to the EU has led to sustained growth but the country suffered greatly from the 2008 economic crisis.

Mainland Greece is a mountainous country at the southern end of the Balkans ending at the Peloponnese peninsula with Mount Olympus, at 2,918m, the highest point.

Western Greece contains the Pindus range, a continuation of the Dinaric Alps, which runs through the Peloponnese and ends in the island of Crete. The Aegean islands are peaks of mountains that were once an extension of the mainland. Northeast Greece contains the Rhodope range spreading across East Macedonia and Thrace and covered in thick forests.

Greece has up to 6,000 islands of which 227 are inhabited. Crete is the largest and most populous. They are grouped into the Argo-Saronic (in the Saronic Gulf near Athens), the Cyclades (in the central part of the Aegean Sea), the North Aegean islands (off the west coast of Turkey), the Dodecanese (in the southeast between Crete and Turkey) and the Ionian Islands to the west in the Ionian Sea.

Oil production began offshore in 1981 from the Prinos field and later its satellite, Prinos North, in the Gulf of Kavala in the Aegean Sea. Only small discoveries have since been made despite considerable exploration. Globalshift believes that there is little chance for significant new output, on or offshore.

Greece currently produces minor amounts of gas although it did produce larger quantities associated with oil from the Prinos field in the past. There is some potential for additional small onshore and offshore gas accumulations.

The state of the Greek economy has led to steep drops in oil consumption. Gas consumed is nearly all imported from Russia by pipeline or from Algeria as LNG. 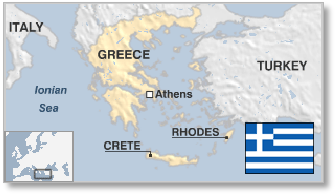 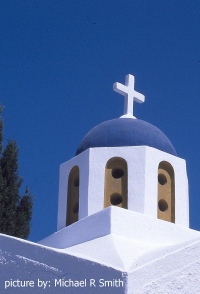 Greece is a unitary parliamentary republic. The head of state is the President with mostly ceremonial duties elected by Parliament for a 5-year term. The Prime Minister is head of government.

Legislative powers are exercised by a 300-member unicameral Parliament with elections held every 4 years. Greece joined the European Community in 1981 and is in the Eurozone.

The Ministry of Environment and Energy oversees the oil and gas industry in Greece.

Energean Oil & Gas is a private E&P company focused on Greece, the Adriatic, the East Mediterranean and North Africa.

It is the only oil & gas producer in Greece with 100% interet in the Prinos and North Prinos oil fields and other exploration licenses.