Albania (the Republic of Albania) is bordered by Montenegro and Kosovo (north), Macedonia (east) and Greece (south). Its coast abuts the Adriatic and Ionian Seas on the west and southwest.

Albania had become part of Illyria by 400 BC and was incorporated into Roman provinces after 167 BC. Slavs began to overrun the region from 548 AD. It was captured by Bulgaria before establishment of the Kingdom of Albania by Charles of Anjou in 1271.

Briefly ceded to Serbia, it had been overrun by the Ottomans by 1431 who introduced Islam. Massive emigration to Christian countries occurred and Albania became an important Ottoman trading area. After the Empire collapsed in 1912, and under threat from neighbours, the country declared independence.

The new kingdom was invaded by Italy in 1939 before falling under Nazi rule in 1943. Civil war between communists and nationalists led to a socialist republic being established in 1945. The government isolated the country from the international community and reformed it into a strict communist society.

In 1991 this Socialist Republic collapsed and after several years of economic turmoil some political stability was achieved. Free-market reforms have now opened Albania to foreign investment with the service sector dominating the economy.

Most of Albania is mountainous. The highest mountain is Korab on the Macedonian border, at 2,764m. A narrow coastal plain lies along the Adriatic and Ionian Seas.

The country forms part of a foreland fold and thrust belt that includes Mesozoic to Eocene carbonate sequences of the Ionian Basin incorporated into thrust sheets over the Apulia foreland in the southwest. These are overlain by foreland basin deposits of the Durresi Basin in the northwest. The region is seismically active between the Dinarides and the Hellenides tectonic zones and sediments are highly disrupted.

Oil and gas fields in onshore western Albania all lie in the northern Durresi and southern Ionian basins. Albania produced some oil in 1918 to 1920 with commercial production eventually beginning in 1934 from a central area of the Durresi basin. Most is heavy oil from the Patos Marinze field. The first discoveries in the Ionian basin were in the 1960s however, production from these complex fields has never matched that of Patos Marinze.

Before 1991 Albania was short of both capital and technology but increases in output have since been achieved with application of better production methods in the heavy oil area. Nevertheless output is unlikely to recover to former levels. Offshore, interest in the Adriatic Sea has increased in recent years and some exploration may be expected in the long term although no production is forecast by Globalshift.

Albania is installing new infrastructure to use associated gas from its onshore oil fields and possible new discoveries and the country has begun to consume some of its previously flared gas. 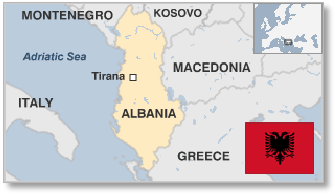 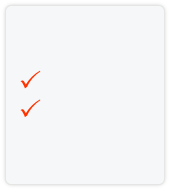 Albania is a parliamentary democracy. The head of state is the President, elected to a 5-year term by the Assembly. The President appoints the Chairman (prime minister) of the Council of Ministers (cabinet).

In 2014, the Republic of Albania became an official candidate for accession to the EU.

The Ministry of Infrastructure and Energy oversees the oil and gas industry with blocks awarded by the Albanian National Agency for Natural Resources (AKBN)..

Albpetrol, answering directly to the Ministry, is the state-owned production and marketing company which monitors petroleum agreements. It was created in 1993 and the government is now trying to privatise the organisation. 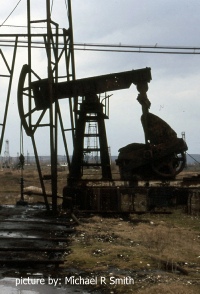