Serbia was ruled by Greece and then Romans from 167 BC. Slavs, arriving in the Balkans around 500 AD, established states within the Byzantine empire from which a Principality emerged. After collapse in 940, it reunited in 1142 as a powerful Serbian Kingdom.

The Battle of Kosovo in 1389 then marked the beginnings of Ottoman rule whilst Vojvodina in the north fell under the Habsburgs. A Serbian Revolution started in 1804, eventually leading to independence by 1835. The separate territory of Serbian Vojvodina was created in 1849.

After the 1912 Balkan Wars with the Ottomans Serbia expanded but was invaded by Austria-Hungary during in World War 1. After defeat of Austria defeat in 1918 the Kingdom of Serbs, Croats, and Slovenes was proclaimed, which went on to become Yugoslavia.

Invaded in World War 2, Serbia fell under German rule. Victory by communists in 1944 created a Socialist Republic within a new Yugoslavia.

Civil war broke out in 1991 as the republics fought for independence from Serbia, fuelled by ethnic tension. An independent Serbia finally emerged in 2006 and the economy is now strengthening.

The central part consists chiefly of foothills of the Dinaric Alps in the west  and Carpathian and Balkans in the east which dominate the southern third of the country. The Midžor peak of the Balkan Mountains at 2,169m is the highest point.

Since the withdrawal of Montenegro in 2006, Serbia has been land-locked.

Serbia began producing oil in 1956 from the Pannonian basin in the northern part of the country. Output rose to a peak in 1981 but the country has never been a significant producer. New investment has had little effect on declining volumes and Globalshift expects no significant growth in production.

Gas production began in 1951 also from the Pannonian basin and some small increases in output are possible as new infrastructure is created and demand continues to recover after the protracted break-up of Yugoslavia. 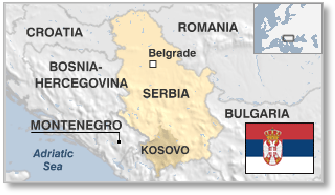 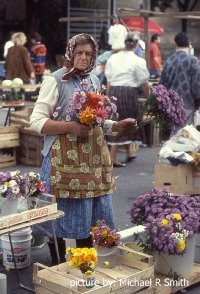 Serbia is a parliamentary republic. The President is head of state elected to a 5-year term. The Government (Vlada) is composed of the prime minister and cabinet ministers. The National Assembly (Narodna skupština) is a unicameral legislative body whose 250-members are elected to 4-year terms.

Serbia applied for membership in the EU in 2009 and received candidate status in 2012 with negotiations commencing in 2014.

The oil and gas industry in Serbia is overseen by the Ministry of Mining and Energy. Naftna Industrija Srbije (NIS) is a multinational oil and gas company established in 1991. Its predecessor was the Company for Crude Oil Exploration and Production, incorporated in 1949, renamed Naftagas, which gave rise to NIS, Srbijagas and Transnafta. Privatisation of NIS started in 2007. Srbijagas and Transnafta are state-owned gas and pipeline companies.