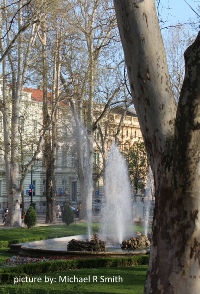 Croatia (the Republic of Croatia) is bordered by Slovenia and Hungary (north), Serbia (east), and Bosnia and a small part of Montenegro (south). On the west is the Adriatic Sea containing over 1000 Croatian islands.

The area was part of the Roman Empire from 7 to 650 AD when Slavic Croats, moved west, forcing the Romans to the coast. The Duchy of Croatia was recognised in 879 AD, elevated to a kingdom in 925, and defeating Hungarian and Bulgarian invasions.

In the 11th century the region formed a union with Hungary. The Ottomans (Slavonia) and Venetians (Dalmatia) took control and Croatia appealed to the Habsburgs for protection in 1527 which led to some stability. Losses and gains during several wars culminated in unions with Dalmatia and Slavonia by 1868 within the Austro-Hungarian Empire.

In 1918 Croatia declared independence, uniting with Serbia and merging into Yugoslavia. In 1939 it was established as the Banovina of Croatia. This became a puppet state in World War 2 with parts occupied Germany and Italy.

The resistance took control in 1945 and Croatia became a federal unit in Yugoslavia until independence in 1991. After a 4-year war fought with Serbian rebels stability returned and it has now developed a successful market economy. Tourism is a source of revenue in summer months.

Croatia has low mountains of the Dinaric Alps along its western side with the highest point at 1,831m near the border with Bosnia.

West of the Alps there are over 1,000 islands and islets in the Adriatic Sea, 48 of which are permanently inhabited. East of the Alps rolling forested hills dip into the flat plains of Slavonia in the east which is part of the Pannonian Basin. The basin is traversed by major rivers including the Danube which forms part of the border with Serbia.

Oil production began in 1935 from the Pannonian Basin with output reaching a peak of just over 60,000 bbls per day in 1986, now declining steadily. Marketed gas production from the same region began in 1954 and has been flat with periods of decline for many years. The area is maturely explored and there is little chance for significant growth.

However, country-wide gas production has increased a little as Croatia’s offshore potential is exploited near to the border with Italy in the Adriatic Sea. Here the first offshore fields began producing in 2000 from reservoirs similar to the Po Valley basin of Italy.

Output of gas has continued to rise slowly, along with some NGLs and Globalshift expects this to continue. Most fields are being developed in a partnership between INA and ENI of Italy. 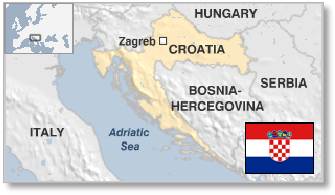 The Republic of Croatia is a unitary state using a parliamentary system. The president is head of state elected to a 5-year term who appoints the prime minister.

The government is headed by the prime minister, with 4 deputy prime ministers and 17 other ministers. Parliament (Sabor) is unicameral. The number of Sabor elected members can vary from 100 to 160. They serve 4-year terms.

A second chamber, the House of Counties, was abolished in 2001. Croatia joined the EU in 2013.

INA is an integrated oil and gas company founded in 1964 through the merger of Naftaplin Zagreb, the Rijeka Oil Refinery and the Sisak Oil Refinery.  From 1990 INA was state-owned but has been progressively privatised since 1993.