Germany (the Federal Republic of Germany) includes 16 constituent states, bordered by the North Sea, Denmark and the Baltic Sea in the north and 8 other European countries in the west, south and east.

Early people had, by 1700 BC, evolved into tribes (including Franks and Saxons) who expanded into a region known as Germania. In 800 AD, Charlemagne, a Frank, founded his Empire from which Germany emerged as the centre of the Holy Roman Empire.

The Habsburgs ruled from 1438 to 1740 during which the Reformation began and religious conflict devastated German lands. Prussia then dominated until 1806 and the rise of Napoleon.

After his fall the German Confederation was founded which, by 1871, had swapped leadership by Austria to a Prussian-led German Empire, allied to the Austro-Hungarian Empire. Germany claimed colonies across the world and instigated World War 2.

After losing the war the Empire was replaced by the Weimar Republic but disaffection with the Treaty of Versailles led to the rise of the Nazis from 1933, followed by World War 2, and the Holocaust.

After the war the Allies partitioned the country eventually leading to two Germanys. The east was controlled by the USSR. These reunified in 1990 during the fall of communism. The country is now a leading power with a strong economy and a haven for refugees.

Germany’s terrain ranges from the mountains of the Alps whose highest point is Zugspitze at 2,962m, forested uplands of central Germany, and lowlands of northern Germany traversed by the major rivers of the Rhine, Danube and Elbe.

The country began producing oil in 1874. Several regions have been productive across the NW German Basin (which merges with the North Sea Basin and is the most productive part of the country), the Rhine Graben, and the Molasse Basin north of the Alps.

Production of oil peaked in 1968 despite efforts to recover greater amounts of oil from aging onshore fields. Gas production, mostly from the northwest, plateaued in the 1970s and is also declining.

Offshore gas from the North Sea began to be produced in 1966 followed by oil in 1984. This grew rapidly in the early 2000s when long offset wells were used to establish full development of the part onshore, part offshore, Mittelplate field, one of the largest fields discovered, lying in an environmentally sensitive coastal area.

Production from all areas is now declining and steady slow decline is expected by Globalshift to continue over the long term. Although significant volumes of shale oil and gas are also probably available in German basins these are unlikely to be developed until at least the late 2020s whilst hydraulic fracturing bans are in place.

Germany is a big energy consumer importing most of its needs. Significant volumes of gas are delivered by pipeline from Russia. 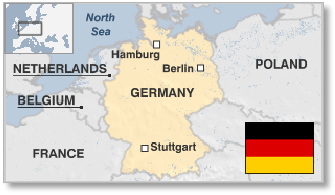 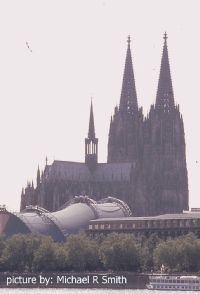 Germany is a federal parliamentary republic consisting of an elected Bundestag (Federal Diet) and Bundesrat (Federal Council), representing the 16 states. The president is head of state elected by the the Bundestag and an equal number of state delegates.

The second official is the President of the Bundestag and the third (the Chancellor) is head of government. Germany is a founding and leading member state of the European Union (EU).

The Federal Ministry for Economic Affairs and Energy (including the Federal Institute for Geosciences and Natural Resources) oversees the industry although legislation, licensing and fiscal regimes are the responsibility of local State Authorities for Mining.

More than 90% of production comes from Lower Saxony and Schleswig Holstein where the local State Authority for Mining, Energy and Geology is responsible for granting licences.