Denmark is part of Scandinavia, south of Sweden and Norway in the Baltic and North Seas. It has a land border on the south with Germany. The Kingdom of Denmark includes the Faroe Islands and Greenland.

Evidence for settlements date back 12,000 years with northern tribal people beginning to migrate to Denmark in 500 BC, later trading with the Roman Empire. Danish tribes emerged in the 3rd century and by 737 AD a kingdom had been established with Danish Vikings settling in England and France.

By the 10th century it ruled large areas outside modern Denmark and began to trade with the Holy Roman Empire. In 1397 the Kalmar Union with Norway and Sweden was enacted. Denmark dominated the union and Sweden eventually seceded in 1523. Its power then steadily declined and it had to surrender much of its territory.

The union with Norway was dissolved by the Treaty of Kiel in 1814 and Denmark inherited a colonial empire. In 1864 it was forced to cede Schleswig and Holstein to Prussia and from then on pursued a policy of neutrality with an export-led agricultural economy, introducing social reforms in the early 20th century that created the basis for the present welfare state.

It was occupied by Germany during World War 2 but soon recovered and now has a highly developed mixed economy.

Denmark consists of the peninsula of Jutland and 1,419 islands above 100 sq m. Of these 74 are inhabited with the largest being Zealand (where the capital is located), the North Jutlandic Island and Funen. The island of Bornholm is east of the rest of the country in the Baltic Sea.

The country is very flat with an average height of 31m. The highest natural point is Møllehøj at 171m. The terrain is rolling plains and the coastline is sandy. Once extensively forested, it is now largely arable land.

Production of oil from offshore waters of the Central North Sea began in 1972, followed by marketed gas production in 1984.

Output has peaked, occurring in the years 2004 and 2006 respectively and continued decline is forecast with new small field developments unable to offset depletion in old fields.

However, a number of small discoveries in the 2000s could lead to a modest recovery, especially as offshore gas infrastructure is improved. There is no onshore production in Denmark although the country may have shale gas potential producible in the long term.

Oil consumption has been declining since 1970 as a result of fuel substitution and conservation strategies. Meanwhile gas consumption has grown but is now flat as new means to generate electricity, especially wind, are being used.

Denmark became an oil exporter in 1998 but now needs to import oil and Globalshift believes it will soon need to import gas to meet demand. 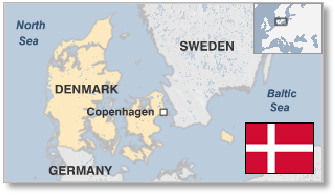 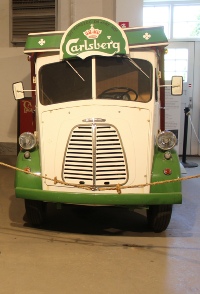 Denmark is a constitutional monarchy with a representative parliamentary system. The Monarch retains executive power and presides over the Council of State but in practice is ceremonial only.

The Parliament is called the Folketing with 179 members elected every 4 years. Executive authority is exercised by the Prime Minister and cabinet ministers.

Denmark became a member of the European Economic Community (now the EU) in 1973 but retains its own currency.

The oil and gas industry is overseen by the Ministry of Energy, Utilities and Climate through the Danish Energy Authority (DEA) and Nordsøfonden, which has handled state participation since 2005.

The country has 2 major energy companies. The Maersk Group, established in 1904, includes an international E and P and a drilling company

​Dong Energy, established in 2006 by the merger of 6 Danish energy companies, concentrates on renewables but also has many oil and gas activities.