France (the French Republic) borders the Mediterranean Sea, Spain and Andorra (south), the English Channel (north), the Atlantic (west) and 6 other European countries on its eastern border. It also owns several overseas territories.

Humans have lived in France for up to 1.8 mm years. Celts were dominant when the region known as Gaul was annexed by Rome in 51 BC. From 486 AD Germanic Franks took over, re-naming it Francia. It was united under Charlemagne in the 7th century.

Victory over England in the Hundred Years' War in 1453 led to the cultural Renaissance. France went on to fight repeated wars with neighbours whilst its explorers began to build an empire. The monarchy reached a peak in the 17th century with Louis XIV but in 1792, its economy had become stretched and, as a result, the French Revolution began followed by a ‘reign of terror’ and creation of the First Republic.

In 1799 Napoleon took power, establishing an empire which finally collapsed in 1815 at Waterloo. Stable government had finally returned by 1870 with a Third Republic. Supported by the UK, France was victorious in World War 1. In World War 2 it was liberated from the Nazis by the Allies in 1944.

Most colonies became independent in the 1950s and 1960s after long wars fought in Algeria and Indochina. The so-called Fifth Republic is now a powerful part of the EU with a strong economy but with deep social problems that have led to riots and terrorism.

The European part of France is called Metropolitan France. The border in the south is the Pyrenees mountain range and in the east the mountain ranges of the Alps and Jura as well as the River Rhine It includes a number of islands including Corsica.

The country possesses a variety of landscapes, including coastal plains in the north and west, Alpine mountain ranges in the southeast, the Massif Central in the central south and the Pyrenees in the southwest. The highest point is Mont Blanc at 4,810m on the border between France and Italy.

France began producing oil from Pechelbronn in Alsace in 1812 but the area was abandoned in 1962. Oil was also produced in the Rhone Valley between 1926 and 1962. In 1941 France’s first significant oil output began from Aquitaine in the southwest of the country. Dominated by the Parentis and Cazaux fields, peak occurred in 1965. New fields discovered in the Paris Basin in northern France then led to a second peak in 1988.

Gas production went on growing up to 1979, mostly from Aquitaine. In recent years there have been few successes in either region and oil and gas production is in slow decline. Globalshift believes that the country has no offshore potential although a few wells have been drilled.

France imports most of its oil and gas and has strategies in place to diversify its energy use. It has the highest contribution of nuclear power for electricity generation in the world. It also plans to cease all oil and gas production by 2040. 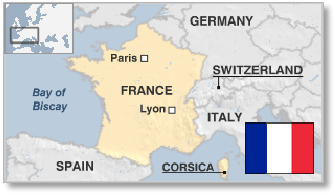 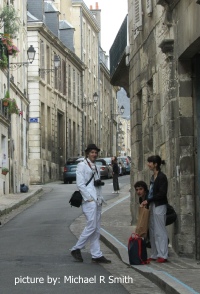 Parliament is bicameral comprising a National Assembly and Senate. France is a founding and leading member state of the European Union (EU).

The Ministry of Ecology, Sustainable Development and Energy oversees the oil and gas industry. Total is by far the biggest oil company founded by the government in 1924 as Compagnie française des pétroles (CFP) but listed on the Stock Exchange. It was renamed Total CFP in 1985 and Total in 1991.