Italy (the Italian Republic) extends into the Mediterranean (Adriatic, Ionian and Tyrrhenian) Seas. It borders France, Switzerland, Austria and Slovenia in the north. San Marino and Vatican City are enclaves.

Many tribes inhabited Italy before the Greeks and Phoenicians colonised the south, replaced by Latins who formed the Roman Kingdom in 509 BC and the Roman Empire in 27 BC.

This had collapsed by 476 AD but numerous independent trading republics, such as Venice, rose in the north whilst the centre remained under Roman control and the feudal south was unified under regional empires.

From the 14th century, although Italy’s culture flourished, its power waned as trade routes were bypassed. The northern states were at constant war and the region fell under Spanish, Austrian and then French rule.

In the 19th century support of Italian nationalism under the House of Savoy led to Italian unification. The new Kingdom rapidly industrialized in the north and acquired a colonial empire. Victory in World War 1 was followed by economic turmoil and, in 1922, the rise of fascism.

Italy sided with Germany in World War 2 which ended in defeat in 1943. After the war the country saw rapid economic growth until the late 1960s. Its economy is the weakest of the founding members of the European Union with regular political changes.

North Italy is roughly delimited by the watershed of the Alps whose highest point is Monte Bianco at 4,810m. The Alps enclose the Po Valley and Venetian Plain. Further south the country comprises all of the Italian Peninsula and the two Mediterranean islands of Sicily and Sardinia, plus smaller islands. The Apennine Mountains form the peninsula's backbone.

The country is situated at the collision point of the Eurasian Plate and the African Plate with some Italian islands located on the African continental shelf. The collision causes considerable seismic and volcanic activity. There are 14 volcanoes in Italy, 4 of which are active. Vesuvius, south of Naples, is the only active volcano in mainland Europe.

Oil production began in northern Italy in 1900 in the Apennines and Po Valley. The bulk of Italian oil was developed in the 1950s when heavy oil in the Ragusa and Gela fields was brought onstream in Sicily. Offshore production off Sicily began in the 1980s. All are declining, partly replaced by complex fields at the foot of the Apennines, extending offshore and into deep waters of the Adriatic Sea.

Italy has substantial gas reserves, especially within shallow biogenic gas fields in the Po Valley plus gas associated with oil elsewhere. In the Po Valley large numbers of gas fields have been developed since 1941 and, after 1965, offshore as far as the border with Croatia.

All areas are now in decline but Globalshift believes that new deep water fields in the Adriatic and Ionian Seas, and potentially in the Sicily Channel, could support output for a period although environmental restrictions on activity offshore are delaying development progress. The country imports substantial volumes of piped gas from north Africa and Russia and growing volumes of LNG. 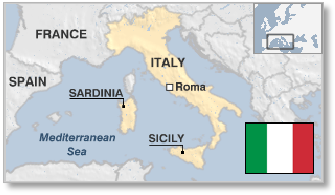 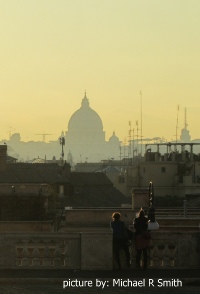 Italy is a unitary parliamentary republic. The President is head of state elected for a 7-year term.

Parliament is bicameral with the 630-member Chamber of Deputies and the 315-member Senate of the Republic having the same powers. The Prime Minister (President of the Council of Ministers) is head of government. The Prime Minister and the cabinet are appointed by the President

Italy was a founding member of the European Economic Community in 1967 which became the European Union (EU) in 1993.

The Ministry of Economic Development (UNMIG) is the large organisation which includes oversight of energy and mineral resources in its remit. The National Mining Office for Hydrocarbons and Earth Resources falls under the Ministry.

Eni (Ente Nazionale Idrocarburi) is a successful multinational integrated oil and gas company established in 1953 from an existing company, Agip, which was created in 1926. The Italian government owns just over 30%.