The border between Bosnia and Herzegovina, on the Balkan Peninsula, is only vaguely defined. Bosnia occupies the northern four-fifths of the country, while Herzegovina covers the remainder. The country is mostly mountainous, encompassing the central Dinaric Alps with its narrow sediment filled valleys. Northeastern parts extend into the edge of the Pannonian basin.

Over 50 onshore exploration wells were drilled in the Bosnian republic when it was part of Yugoslavia mostly in the 1950s and in the northeast within the southern extremes of the Pannonian Basin. No commercial discoveries have been made although some wells may have intermittently produced a few barrels per day. Two larger oil fields were reported to have been discovered in 2004; the Samac field in Republika Srpska and the nearby Tuzla field in the Federation. Both are located in the Pannonian Basin near the border with Serbia but little information is available and no forecasts for these have been made by Globalshift.

In 2013 Shell was looking at a large concession offered by the Federation of Bosnia and Herzegovina in the Dinarides but has since pulled out.

The largely mountainous country has no identified commercial oil or gas resources, onshore or offshore and Globalshift believes it is unlikely to achieve any production, at least in the short and medium term. No wells have ever been drilled in the very small offshore sector. 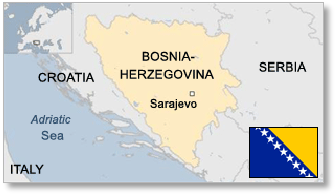 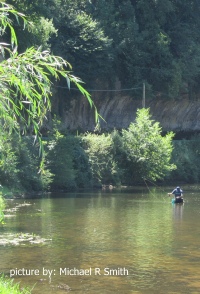 Bosnia and Herzegovina comprises 2 autonomous regions (the Federation of Bosnia and Herzegovina, and Republika Srpska). A 3rd region (Brcko District) is locally governed. It is bordered by Croatia to the north and west, Serbia to the east and Montenegro to the southeast. Its Adriatic coastline is just 20 kms long.

At the end of Roman rule the region changed hands a number of times until it achieved self-rule in 1377. However, the kingdom was dissolved in 1463 when the Ottomans took over. The Ottomans acted to preserve Bosnia's Muslim identity and a Slavic Muslim group (the Bosniaks) emerged in the west.

Rebellions against the Ottomans eventually led to the Treaty of Berlin in 1878 and Austro-Hungarian rule. Assassination of the heir to the Austro-Hungarian throne in Sarajevo sparked World War 1 in 1914.

In 1918 the country joined Yugoslavia in a federation of Serbs, Croats and Slovenes. During World War 2 it was ruled by Nazis in Croatia and Bosniaks were persecuted by Serb nationalists. The country was re-established as one of 6 republics of Yugoslavia in 1945.

Declaring independence in 1992, the Bosnian War broke out as Serbs (Republika Srpska in East Herzegovina) vied for power with Croats and Bosniaks (the Federation). In 1995 signing of the Dayton Agreement with Croatia and Serbia finally brought fighting to an end. The country’s economy is now growing rapidly.

Government is complex with many layers. At the top the Presidency rotates among Bosniak, Serb and Croat members. A Council of Ministers is nominated by the Presidency.

The country splits into 2 autonomous regions established by the Daytona Agreement of 1995. They are run by Bosniaks/Croats (Federation of Bosnia and Herzegovina) in the west and centre where the Federal Ministry of Energy, Mining and Industry (FMERI) is the authority with responsibility for licensing, exploration, development and production of hydrocarbons. In the east and north the Serbs (Republika Srpska) are in power.

The state government cedes numerous powers to these entities however recently many new central institutions have been established although each region has a right to use natural resources without consulting the other.