From before 2000 BC Korea was ruled by the kingdom of Gojoseon until conquered by China in the 2nd century BC. It became divided into a southern region and Goryeo and later Balhae in the north. In 936 AD the peninsula unified and control was taken by the Joseon dynasty in 1392.

Repelling invasions from Japan and China, isolationist Korea was mostly peaceful for many centuries. However, it was eventually occupied by Japan in 1905 (to 1945) who tried to extinguish its culture.

After the war the peninsula was split along the 38th parallel. The north was supported by the Soviets; the south by the USA. The north then invaded the south in 1950, overrunning most of the country, but a US-led force pushed them back almost to the Chinese border. China intervened and the Americans retreated resulting in a bloody stalemate.

An armistice was declared in 1953 with boundaries restored but no peace treaty has ever been signed. Until the 1960s economic growth was higher in the north but the economy began to stagnate as China and the Soviet Union reduced their support.

The country’s isolation has severely hampered economic growth and the country remains very poor with a series of autocratic dictators in charge of a country with few freedoms.

North Korea lies in the northern part of the Korean peninsula. To the southwest is the Yellow Sea (Korea West Sea),to the west is Korea Bay, and to the east is the Sea of Japan (Korea East Sea). South Korea is separated by a Demilitarised Zone.

A number of mountain ranges cross the peninsula separated by deep and narrow valleys. The mountains have elevations of 2,000m or more with the highest being the volcanic Paektu Mountain at 2,744m. Forest covers over 70% of the country on steep slopes with the coastal plain widest in the west along Korea Bay.

Around 30 exploration wells have been drilled since the 1960s, half of which were offshore, most of these in the Sohae basin in the west. The Sohae Basin has similarities to the productive Bohai Basin across the border in China. A number of other basins are also present in the west and east, both onshore and offshore. However, no commercial production has been realised although some oil flows have been reported.

The closed nature of the country, limited data and persistent economic sanctions present major drawbacks to exploration. There may be potentially prospective areas, particularly adjacent to the Bohai basin, but the lack of success in other neighbouring areas with less restrictive practices (in South Korea and Japan), leads Globalshift not to forecast any production from North Korea in the future. 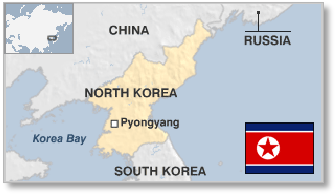 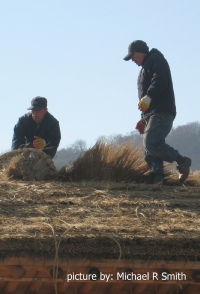 A cabinet is appointed by the SPA however it cannot initiate any legislation independently of the President.

The Ministry of Oil Industry oversees exploration activity in the country. The Korean Oil Exploration Corporation is the NOC.