Benin (the Republic of Benin) borders Togo (west), Nigeria (east), and Burkina Faso and Niger (north). Its southern coastline forms the Bight of Benin which is part of the Gulf of Guinea in the Atlantic Ocean.

The earliest recorded inhabitants in Benin were ruled by the Oyo Empire in the east from around 1400. In the late 15th century the Kingdom of Dahomey was founded taking over coastal areas but avoiding the Oyo allied city-state of Porto-Novo.

A large area with many tribes still existed in the north. Slavery flourished in Dahomey (the Slave coast) from 1472 with slaves sold to Portuguese merchants. This trade declined due to the British ban in 1807 until the last slave ship departed in 1885 for Brazil. France then established French Dahomey in 1892 within French West Africa.

Independence was achieved in 1960. The new Republic of Dahomey was turbulent with military and democratic governments until a Marxist–Leninist state was established in 1975. It financed itself by taking nuclear waste from the USSR and France.

In 1990, after economic failure, Marxism was abolished and the country was renamed the Republic of Benin. Democracy returned and the growing economy, driven by agriculture, now depends on cotton as the main export.

Benin forms a narrow, north–south strip of land in West Africa. The coastline measures just 121 kms although the country is much wider in the north.

The country is relatively flat but can be divided into 4 areas from the south to the north. There is a low-lying, sandy, coastal plain. It is marshy with lakes and lagoons connected to the Atlantic. Behind the coast is a forest plateau region split by valleys running north to south.

North of this is an area of flat lands dotted with rocky hills whose altitude seldom reaches 400 m and finally, the Atacoraa range of mountains extends along the northwest border and into Togo with the highest point at Mont Sokbaro of 658m.

Benin, along with Togo, has an offshore area underlain by the Benin basin. Two shallow water fields have been developed. Seme went onstream in 1982 and was abandoned in 1998. Other small developments are possible.

Deep waters are being explored but no new production is forecast by Globalshift. There is no gas production. However, gas consumption is likely to begin, substituting for oil where possible, imported from Nigeria along the West African gas pipeline (WAGP).

Onshore regions appear to have little potential for oil or gas although there may be small prospects close to the coast. The existence of the Mamu Tar Sands inland may lead to some extra-heavy oil production over the long term. 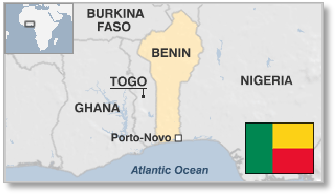 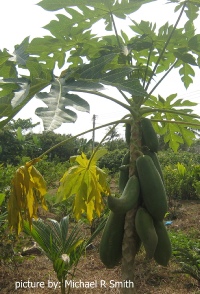 Benin's is a presidential democratic republic. The President is both head of state and head of government, within a multi-party system and is elected for a 5-year term.

The Cabinet is under the authority of the President, advising and helping to formulate strategy. The 83-seat National Assembly is the Parliament with deputies elected every 4 years.

The oil and gas industry is overseen by the Ministry of Energy, Mining Research, Oil, Water and Renewable Energy Development.