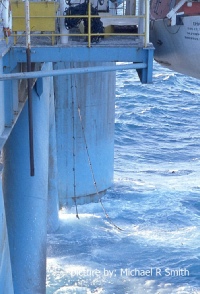 Cameroon (the Republic of Cameroon) borders Nigeria (west), Chad and the Central African Republic (east), and Equatorial Guinea, Gabon and Congo-Kinshasa (south). The Atlantic Ocean lies to the west.

Cameroon was first settled thousands of years ago by tribes who evolved into the Baka (Pygmy) hunter-gatherers and into the Sao civilisation around Lake Chad. Portuguese sailors arrived in 1472 naming the area Rio dos Camarões (Shrimp River).

Europeans traded with the coastal people and missionaries pushed inland. In 1809 the Muslim Adamawa Emirate was established in the north whilst the German Empire claimed the territory as the colony of Kamerun in 1884.

After World War 1 Kamerun became a League of Nations mandate and was split into French and British (administered from Nigeria) regions. In 1960 French Cameroon became independent after a bitter war and the southern part of the more peaceful British Cameroon merged in 1961 to form the Federal Republic of Cameroon. It dropped the word Federal in 1984.

Cameroon is now a relatively stable country although there are calls for secession by English speaking areas. The growing economy is dominated by agriculture, oil and timber but many Cameroonians remain subsistence farmers.

The forested South Cameroon Plateau rises from this coastal plain and a chain of mountains, hills and plateaus known as the Cameroon range extends from the volcanic Mount Cameroon, the highest point at 4,100m, in the southwest. The southern plateau then rises northward to the grassy Adamawa Plateau. A northern lowland savanna region extends from the edge of the Adamawa to Lake Chad, shared with neighbouring countries.

Although nearly all of its production is offshore, Cameroon only has a small offshore area because Equatorial Guinea owns Bioko Island, which is surrounded by Equatorial Guinea’s deep water basins.

The country began producing oil offshore in 1977 from the Rio del Rey Basin, overlain by a part of the Niger Delta. Most of the major oil fields had been discovered by 1980 and since 1986 production has declined.

The first discovery in the less productive southern Douala basin was onshore in 1954 and offshore in 1979 but output did not begin until 1997; from a gas condensate field off Kribi. A small gas field, Logbaba, was also developed onshore in 2011.

The country is re-injecting or flaring most of its gas after liquids recovery but Globalshift expects it to progressively use more gas or send it to an LNG plant in Equatorial Guinea. There is only limited potential for new finds offshore, although some deep water oil may eventually be found.

There also may be oil and gas potential onshore within the Chad basin in the northern region but this is unlikely to come onstream in the short or medium term. 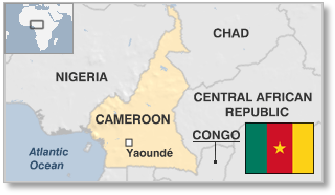 Cameroon is a unitary presidential republic, with the President both head of state and head of government of a multi-party system. Legislative power is vested in the government and National Assembly.

A 100-seat Senate, was established in 2013 and is headed by a senate president who is the constitutional successor of the presidency.

The Ministry of Water and Energy regulates the oil and gas industry.

The Societe Nationale des Hydrocarbures (SNH) is the NOC established in 1980. SNH operates in partnership with international oil companies and is responsible for selling the government's share of oil output. It holds a minor stake in projects operated by international partners.