Ecuador (the Republic of Ecuador) is bordered by Colombia on the north, Peru on the east and south, and the Pacific Ocean to the west. It includes the Galápagos Islands 1,000 kms west of the mainland.

Amerindians, who began settling before 10,000 BC, were absorbed into the Inca Empire from 1463 although some stayed independent even after the Spanish arrived in 1532.  In 1563 after the Incas had been defeated, along with disease causing high fatalities, Ecuador became part of the Viceroyalty of Peru.

In 1739 the Viceroyalty of New Granada was established, including Venezuela, Colombia and Panama with Ecuador. Independence movements began in 1809, attained by Guayaquil in 1820 and Quito in 1822 after defeat of Spanish Royalists. Ecuador then joined the Republic of Gran Colombia but separated in 1830 after a failed Peruvian invasion.

The country established borders in a series of wars and treaties with Peru and Colombia through the 19th and 20th centuries. During this time it endured many changes in government.

After World War 2 military rule preceded a return to democracy in 1979 although the politics has remained unstable. The Peruvian border was finally resolved in 1999. After debt default in 2008 Ecuador has seen more stability and the economy, reliant on oil and agriculture, has improved.

Mainland Ecuador has 3 regions; La Costa, La Sierra and El Oriente. La Region Insular (the Galápagos Islands), 1,000 kilometres to the west in the Pacific Ocean, is a fourth region.

The coastal region west of the Andes (La Costa) is low-lying and fertile. The Andes (La Sierra) are mountainous with Cotopaxi being one of the world's highest active volcanoes. The Amazon jungle region (EL Oriente), east of the Andes, includes large areas where protected Amerindian tribes live. This is where most of the oil is located which presents significant environmental issues.

Ecuadorian oil production began on the Santa Elena Peninsula near the Pacific coast in 1921 but output is now primarily from the inland Oriente Basin. In 1972, construction of the Andean pipeline was completed and foreign companies developed oil resources making Ecuador South America's second largest oil exporter.

However, lack of pipeline capacity has always restricted output of both light and heavy oil. A new pipeline, opened in late 2003, enabled a surge in production, but commercial developments remain difficult and Globalshift forecasts an extended period of plateau production.

Only small amounts of gas are produced in Ecuador due to a lack of pipelines out of the Oriente Basin. In fact nearly all the country’s marketed gas comes from the Santa Elena peninsula. There is no recognised offshore potential apart from one offshore gas field, Amistad, in the same region. 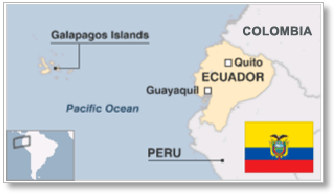 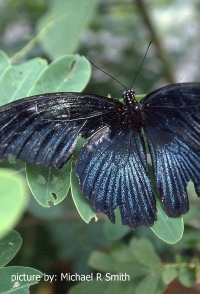 Ecuador is governed by an elected president who is head of state and stands for a 4-year term with a vice-president.

The legislative branch including 25 ministries is the 130-member National Assembly also elected for a 4-year term.

EP Petroecuador is the NOC engaged in exploration, production and refining of oil. It was founded in 1989 as a successor to Corporación Estatal Petrolera Ecuatoriana (CEPE), formed in 1972. It operates through subsidiaries, Petroproduccion (E & P), Petroindustrial (refining), and Petrocomercial (transportation and marketing).

In 2012 the sector was geographically split into Petroecuador, Petroamazonas and the Operaciones Rio Napo.

Ecuador joined OPEC in 1973 and rejoined in 2007 after leaving in 1992. It has not increased capacity since then and left once more at the beginning of 2020.