Venezuela (the Bolivarian Republic of Venezuela), lies on the northern coast of South America, bordered by Colombia (west), Brazil (south), Guyana (east), and Trinidad and Tobago, offshore in the Caribbean Sea (northeast).

Humans inhabited Venezuela 15,000 years ago and many tribes had evolved when Columbus visited in 1498. The coast was colonized by Spain from 1522 and the locals saw a rapid decline in population. The Spanish pushed inland along the Orinoco in the 1700s and most of the country became part of the Viceroyalty of New Granada, and then an autonomous Captaincy General in 1777.

After a series of uprisings it declared independence in 1811 beginning the Venezuelan War of Independence. In 1821 Venezuela was established as a department of Gran Colombia but proclaimed itself a separate country in 1830.

After independence the country suffered political unrest and civil war but the discovery of oil in Lake Maracaibo in 1917 began an economic boom. Oil almost completely replaced agriculture. Since 1958 the country has had a series of democratic governments but dependence on oil led to crisis periods at times of lower price.

Over the last 20 years the profits of the industry have been spent on social programs and anti-capitalist policies at the expense of growth. This has severely damaged the economy and caused mass emigration to neighbouring countries.

Venezuela is on the South American tectonic plate and  includes numerous islands in the Caribbean Sea along its northern coast. In the northeast it abuts the Atlantic Ocean. It has territorial disputes with Guyana in the Essequibo area and with Colombia in the Gulf of Venezuela.

There are 4 geographic regions; the Maracaibo lowlands in the northwest; the northern mountains running in an arc from the Colombian border which are an extension of the Andes; the plains (llanos) of central Venezuela which extend to the Orinoco River delta in the east; and the Guiana Highlands in the southeast.

Venezuela began producing oil in 1917, reaching a peak in 1970. Most output has been from onshore basins, especially in and around Lake Maracaibo. Oil is produced from the Maracaibo basin in the north west and the Eastern Basin in the northeast, including a series of sub-basins comprising Falcon, Barinas-Apure, Guarico and Maturin (including the Orinoco tar belt).

The country restricted output in the 1980s but now produces to its maximum potential although output data is of uncertain accuracy. Although some new production will be achieved from old producing areas Globalshift believes that the biggest growth opportunity lies in extra heavy oils converted to synthetic oil, from the Faja Petrolífera del Orinoco (Orinoco tar belt) in the east.

Oil associated with gas will also be produced offshore as new fields come onstream near Trinidad and in the Gulf of Venezuela. Gas production is forecast to increase, some eventually destined for export as LNG over the long term should the economy recover. 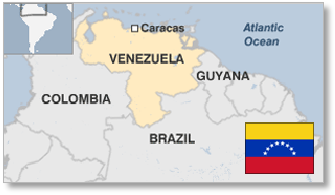 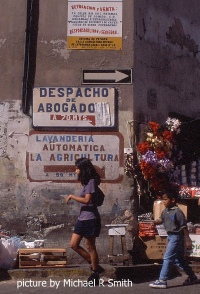 Venezuela is a federal presidential republic. The elected president is head of state and head of government for a term of 6 years.

The president appoints the vice president and cabinet. The unicameral parliament is the 165-member National Assembly.

The oil and gas industry is overseen by the Ministry of Energy and Petroleum. Petróleos de Venezuela, S.A. (PDVSA) is the state-owned oil and gas company with activities in exploration, production, refining and export. It was founded in 1976 after the nationalization of the oil industry in 1973.

The government treats PDVSA as a cash generator and only hires political supporters. Assets of foreign companies must give majority control to PDVSA.

Venezuela was a founder member of OPEC in 1960.