Guyana (the Co-operative Republic of Guyana) is bordered by Brazil (south), Suriname (east) and Venezuela (west). The Atlantic Ocean abuts its northern coastline. English is the official language.

The Arawak and Carib tribes were dominating Guyana when Columbus sighted the country in 1498 although many other tribes were also present. However, the Netherlands was the first to establish 3 colonies in the region known as Essequibo (settled  in 1616), Berbice (in 1627), and Demerara (in 1752).

In 1796 the UK took control and the Dutch formally ceded the area to the British in 1814. In 1831 the 3 separate colonies became a single British colony known as British Guiana which became important for its sugar plantations.

Venezuela has always claimed the land west of the Essequibo River but in 1899 an international tribunal ruled this area belonged to the UK. Also Suriname still claims the area east of the Corentyne River.

The country, including these regions, achieved independence from the UK in 1966 and became a republic in 1970. Offshore parts of disputed areas were arbitrated by the UN Convention on Law of the Sea in 2007, however, both border disputes persist.

Guyana’s economy is based on agriculture (rice and sugar), bauxite, gold, timber, shrimp fishing and minerals. Recent discoveries of offshore oil will revitalise the economy in the future.

Guyana can be divided into 5 regions; a narrow marshy plain along the Atlantic coast where most of the population lives; an inland hilly sand and clay region containing most of the mineral deposits; a forested highland region in the south; a desert savannah in the southwest; and interior lowland savannah gradually rise towards the Brazilian border.

Guyana has one of the largest unspoiled rainforests in South America some parts of which are almost inaccessible by humans.

After delays due to persistent border disputes, an offshore drilling campaign began in 2011 targeting plays in the Guyana Basin recognised in French Guyana and Suriname, and in turn thought to be analogies of fields across the Atlantic in West Africa.

Oil was discovered in the deep water Liza well in 2015. However commerciality of new fields is still in doubt and production, if possible, could be a long way off, especially where there are claims by neighbouring Venezuela.

Globalshift speculates that oil production will begin from deep waters in the mid 2020s and grow to a peak by the mid 2030s. Gas developments are less likely. 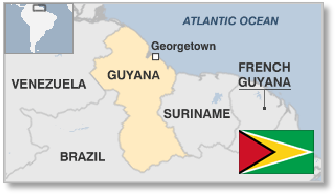 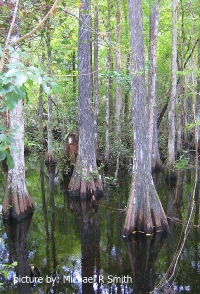 Guyana is a semi-presidential democratic republic with the president as head of government who appoints and supervises the prime minister and other ministers. The president is not directly elected but is nominated by the party in power.

Legislative power is vested in the government and a 65-member unicameral National Assembly.

The Ministry of Natural Resources and the Environment oversees and regulates oil and gas licensing in the country through the Geology and Mines Commission.