Spain (the Kingdom of Spain) on the Iberian Peninsula borders Gibraltar and the Mediterranean Sea (south and east), France, Andorra and the Bay of Biscay (north), and Portugal and the Atlantic Ocean (west).

The area was dominated by Iberians, Basques and Celts until it fell to Roman rule from 210 BC. From 400 AD German tribes took over, eventually united under the Visigoths. In 711 Moors invaded and ruled almost all of Iberia.

In the 11th century they split into rival Taifa kingdoms allowing Christian states in the north to expand and regain full control by 1492; the year Columbus arrived in America. Spain became the leading global power but wars in Europe and with the Ottomans as well as religious conflict led to decline during the 17th century.

The War of Spanish Succession from 1701 to 1714 resulted in partitioning of European Spain. Napoleonic invasions from 1793 then devastated the country and triggered global independence movements.

A subsequently diminished Spain saw autocratic governments until 1936 when a civil war installed fascist nationalists. World War 2, in which Spain remained neutral, was followed by economic stagnation, before growth began in the 1960s.

Democracy was restored in 1975 after which Spain experienced a cultural and economic renaissance. It joined the EU in 1986.

Mainland Spain is mountainous with high plateaus and mountain chains. These include the Pyrenees in the north, the Cantabrian Range, the Iberian System,the Central System and the Betic System in the southeast. The highest peak is the 3,478m Mulhacén in the Sierra Nevada of the Betics although the highest point in Spain is Teide, a 3,718m active volcano in Tenerife (Canaries). The Meseta Central is a huge plateau in the centre of the country.

Onshore oil production began in 1964 from the Ayoluengo field in the Cantabrian Basin in north central Spain. Attempts have been made to redevelop the fields in this area.  Offshore oil production, primarily from the Ebro Delta region in the Mediterranean Sea, began in 1973. It is also in decline although some additional small developments are planned.

Gas production is  limited from onshore and offshore regions, associated with oil, from the Guadalquivir basin in the southwest and from a now abandoned field in the Bay of Biscay. Globalshift expects that some gas will continue to be produced and gas shales may have potential. Meanwhile imports of piped gas have been building from Algeria, to add to gas from Norway and imported LNG. 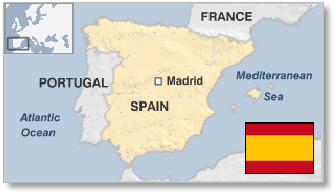 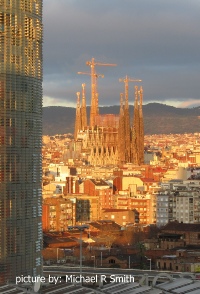 Spain is structured as an Estado de las Autonomías (State of Autonomies). It is a monarchy with a bicameral parliament; the Cortes Generales (General Courts). The executive branch consists of a Council of Ministers led by the Prime Minister.

The legislative branch is made up of the 350-member Congress of Deputies (Congreso de los Diputados) elected to serve 4-year terms, and a 259-member Senate (Senado) mostly elected with 51 appointed by regional legislatures.

The oil and gas industry is overseen by the Ministry of Industry, Energy and Tourism. Repsol is an integrated global energy company originating from CAMPSA set up in 1927 to administer concessions.

The government created INH in 1981 and Repsol in 1987 bringing together CAMPSA with other state-controlled companies. Privatisation began in 1989 and was completed in 1997.