Eritrea (the State of Eritrea)  is bordered by Sudan to the west, and Ethiopia and Djibouti to the south. The long northeastern coastline abuts the Red Sea.

On the route out of Africa, Eritrea has been inhabited for millennia. The region was part of the Land of Punt, the kingdom of D’mt, and the Christian Kingdom of Aksum. After the decline of Aksum in 940 AD much of the area was known as the Medri Bahri ruled by Ethiopia. This fell to Ottoman rule in 1517 who finally lost control after the arrival of Italian settlers in 1880.

Italy incorporated kingdoms and sultanates into Italian Eritrea in 1889 with boundaries matching those of today. It developed the country and in 1936 merged its territories into Italian East Africa. In 1941, during World War 2, the British expelled them.

Eritrea federated with Ethiopia in 1947 who went on to annex it in 1953. The parliament was forcibly dissolved in 1962 and the ensuing Eritrean War for Independence was fought until 1991 when the rebels finally took control. After a referendum Eritrea declared independence in 1993.

The country has had an uneasy peace since then. The economy depends on gold and silver mining and worker remittances from abroad. The country has extensive resources of copper, gold, granite, marble, and potash.

Eritrea, at the southern end of the Red Sea is bisected by a branch of the East African Rift.  On the east are coastal plains and in the west are highlands.

The Danakil Depression in the east is the location of a triple junction where the divergent margins of 3 tectonic plates (Arabian, Somalian and Nubian) meet. The junction is underlain by the Afar dome, an area of high heat flow that rose in the Eocene. The crustal extension ultimately led to collapse in the Early Miocene.

Most of onshore Eritrea comprises volcanics and meta-sediments with thin Cenozoic cover. There are no sedimentary basins with potential source rocks and no oil and gas potential is recognised.

Eritrea has an extensive coastline on the Red Sea beneath which dips the Miocene to Recent rift basin. However, the few wells that have been drilled in these waters have failed to encounter a petroleum system.

Thus Eritrea has no identified indigenous oil or gas resources, either onshore or offshore, and Globalshift believes that it is unlikely to achieve any production in the future. In 2006, the country announced it would become the first country in the world to turn its entire coast into an environmentally protected zone. 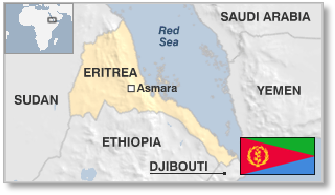 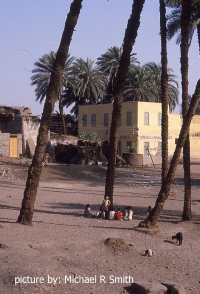 Eritrea is a single party state. No elections have ever been held for the 150-member National Assembly. The president has been in office since independence in 1993.

There is no government department in Eritrea responsible for oil and gas resources.